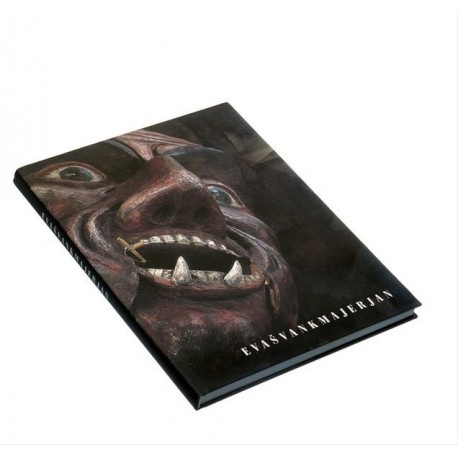 Jan Švankmajer, the world famous classic of an independent film, and Eva Švankmajerová, an influential female painter, met first in 1960. Since then, their lives and work mingle mutually. The magnificent monography, title of which expresses cryptographically this close bond, was drawn up by the artists themselves. It is introduced by an essay Meetings of Determination by František Dryje, followed by ten separate chapters – according to the themes that captured their imagination (e.g. Eros and Thanatos, Historia naturae, Touch and Gesture, Manipulation and Puppet, Alchemy and Magic, Plays and Dreams etc.). Each topic means a rich collage, made up from a great number of prints, film takes and literary texts (scenarios, poems, records of dreams, interpretations of their own works, theoretical essays by Jan Švankmajer and others). The biographies, written by the authors themselves as an original literary text, together with bibliography, filmography and a list of exhibitions, are placed at the end of the book.