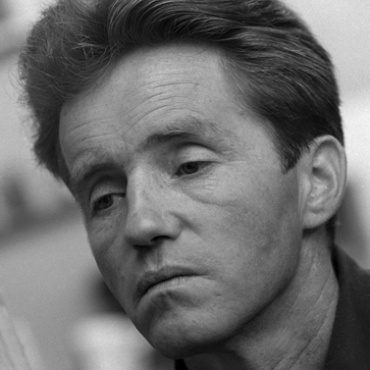 Zbyněk Sekal underwent a harsh experience while still a young man. When he was eighteen years old (in 1941) he was arrested by the Gestapo for activities as part of an illegal communist youth group and until the end of the war he was interned in the Terezín and Mathausen concentration camps. After the war he studied at the Academy of Arts, Architecture and Design (Vysoká uměleckoprůmyslová škola), where he made friends with Mikuláš Medek and Stanislav Podhrázský. At that time he also joined the Spořilov surrealist group. He never completed his studies. In 1950 he interrupted his studies and made a living in advertising and then as an editor at Svoboda Publishing House. In 1953 he moved to Bratislava and devoted himself to working on translating German texts. He returned to art in the mid-1950s. In 1958 he moved back to Prague. His work had a strong influence on the emerging young generation of artists leading Czech art out of the crisis caused by dictated Stalinist artistic norms. By that time Sekal was a distinctive figure in the art scene whose work was different from that of his peers.

Sekal’s beginnings as an artist coincided with the war. He expressed the harsh experiences he had during the war in art and as a student he came into contact with surrealism. He never orthodoxly embraced this movement, like some of his peers (Mikuláš Medek), and for Sekal surrealism, given its absurdist inclinations, represented a platform that allowed him to address persistent existential questions about the place of man in society. Surrealism thus open up a world of imagination for him, and after 1956 he began to introduce that into a world that consisted of simple, ordinary scenes, leading him to pursue a form of work that reflected the enigmatic realism of the new objectivity. Sekal’s interest in philosophy (which he also translated from German) added to the metaphysical-magical side of his work, an example of which is provided by his painting Little Box (Krabička, circa 1956).

At the same time Sekal also began working in sculpture. At a remove from the academic approaches to resolving the basic questions of sculpture and attempts to process the interwar avant-garde, as a solitaire Sekal modelled unconventional, summarising figurative heads (mainly heads and busts), which were infused with the contemporary sense of disquieting uncertainty and surviving feelings of trauma from the war (Shouting Head /Křičící hlava, 1957; Dead Head / Mrtvá hlava, 1957; Little Bird / Ptáček, 1957). Around 1958 Sekal began moving towards a more abstract form of expression: his sculptures from the series Abode (Obydlí) and Signalling (Návěstí) range from soft contructivist forms to imaginatively absurdist hybrids. (Is it a figure? A geometric construction? Or a surreally constructed dream journal?). Sekal’s work from around the years 1958-1962 is filled with shapes welded together and brought into harmony. It was at the end of this period, for instance, that he created his very abstract sculptures Armchair (Křeslo, 1962) and Head(Hlava, 1963), which reveal him to have been undergoing an unprecedented radicalisation at that time in the sense of freeing shapes into a simple geometric (but not constructivist) forms. Sekal did not, however, continue in this direction, because for a sensitive and existentially preoccupied nature such as his it produced something too cool and exclusive of meaningful contexts.

As well as sculpture, Sekal’s art also began to feature work in paper (using the collage technique, another echo of surrealism) and hanging assemblage objects, in which the artist arranged, interwove, and overlapped found objects, which he understood as inscribed with the hidden traces of human existence (Operational Scheme / Schéma provozu, 1964; Lock-Ups / Zamyky, 1964).

In 1967–1968 Sekal arrived at a more serial, more surveyable arrangement of objects, particularly making use of wood (Whoever / Kdokoli, 1967; To the Right, Please / Doprava, prosím, 1968). At this time another major turning point in the artist’s life was approaching. In January 1969 Sekal exhibited work at Špála Gallery, headed by Jindřich Chalupecký (who in the introduction to the catalogue described Sekal’s work as hard to define), but at the end of 1969 left for Western Berlin (having received a Daad fellowship) and he did not come back. After several months in Germany as an émigré, in September 1970 he settled in Vienna and remained there for the rest of his life.

The 1970s were the years when hanging objects became the focus of his work. Along with wood, metal became a favoured material. Sekal would nail iron plates, strips of metal and prefabricated metal components onto panels of wood. The result would be a kind of quasi-ornamental play on shapes in which a role was also played by the hammered nail heads which were left visible. There is a tension here spreading from the simple, almost geometric shapes (almost starkly linked up with each other in a series), and even a strange imperfection or sense of something not being carried to the point of perfection. Moving between these two extremes at once generates a feeling of something transcendental that cannot be described or grasped. In the 1970s Sekal’s work also included objects created out of copper and brass wires laboriously roll up and woven together and stretched out like endless labyrinths across wooden panels (Head / Hlava, 1969-79 and 1972-73). Sekal usually worked on these exhaustingly painstaking wire objects for a long time and some of them were completed or created in the 1980s.

Alongside these hanging, complexly shaped objects Sekal also focused on three-dimensional sculpture. In this area he was essentially elaborating on his artistic outlook from the early 1960s, though after emigrating his sculptures became less heavily existentialist and more concisely simplified in form. The formal ambiguity, however, did not fade: the artist continued to play with the ambivalence between what is depicted and what is not depicted, or the abstract. Sometimes the figurative form is more apparent (Bust / Busta, 1973), other times the guideline to tangibility is found in the title (Table / Stůl, 1973).

In the 1980s Sekal rather more dramatically altered his style, but only on the formal level. He began creating cube-like cages and transparent chests hammered together out of laths. And as before, while the form is geometric, the imperfection of detail renders the overall tone of the object remote from any abstract-geometric tendencies. Moreover the cage-like chests usually ‘conceal’ some kind of object – it is visible but at the same time inaccessible, so the impression is that is some kind of rare and mysterious relic-like object. The artist pursued this line of work in the 1990s. In addition to them there were also his complicated three-dimensional objects made of wire reminiscent on one hand of a cage or chest and on the other of labyrinths or a kind of puzzle.

Perhaps these late cage-like works and labyrinthine weavings of wire and laths can stand as a symbol of all of Sekal’s work. For him (like for any philosophically minded person) life was a constant mystery. On the one hand, humans are able to explain (and even direct) all kinds of things, but on the other hand they are dragged into the unknown. The latter happened to Sekal many times: during the war, in the 1950s and the 1960s and when he emigrated). It is hard to say whether Sekal’s extreme experiences brought him to ‘the roots of true existence’, as postulated in existential philosophy. One thing however can be said: Sekal, artist and philosopher, introduced a very powerful element of human philosophy into Czech post-war art. The parallel with post-war existentialism in Sekal’s work is however a loose one: his was not a concept of existentialism in the sense of Sartre. Despite all the questions about the meaning of human existence and despite being absurdly thrust into a tangled mass of insurmountable situations, the humans in Sekal’s work seem be at terms with all the forms of their existence. Sekal’s labyrinths and chests form a permanent part of our life: they are naturally present in it. That is what makes humans human. 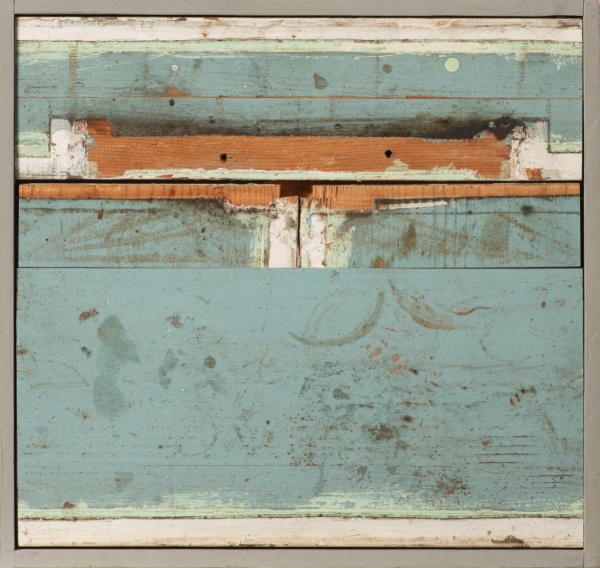