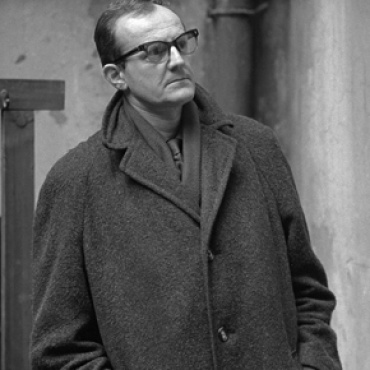 was born in March 17, 1924 in Prague and he died in December 5, 1968 in Prague. Boudník was a key personality in Czech post-war art, manifester of an "explosionism" movement. He is best known for his active and structural graphic art, but also created mostly unknown, until recently, photographic and monotype works. During World War II Boudník was sent to forced labor in Germany and this experience resulted in lifelong trauma. After the war he studied graphics in an art school. For a short time he worked in advertisement, then picked a job in ironworks in Kladno (where he met Bohumil Hrabal). Since 1952 Boudník stayed as a worker in ČKD Works, Prague. Environment of the factory served as an inspiration for "active graphics" made of industrial material and waste. In 1968 Boudník committed suicide when experimenting with asphyxiation. Boudník worked mostly in graphics, and developed a number of innovative printmaking techniques. He was also one on the first Czech artist to begin working with the general public, organizing "happenings" and interacting with psychiatric patients. His work had a large influence on many contemporary Czech artists, especially Bohumil Hrabal, with whom he shared many years of friendship. Boudník appears in several novels by Hrabal. Since 1995, the city of Prague has annually awarded the Vladimír Boudník Award (Cena Vladimíra Boudníka) to a living Czech printmaking artist. At least five volumes of collected works and correspondence of Vladimír Boudník were published, for the first time, during the 1990s. 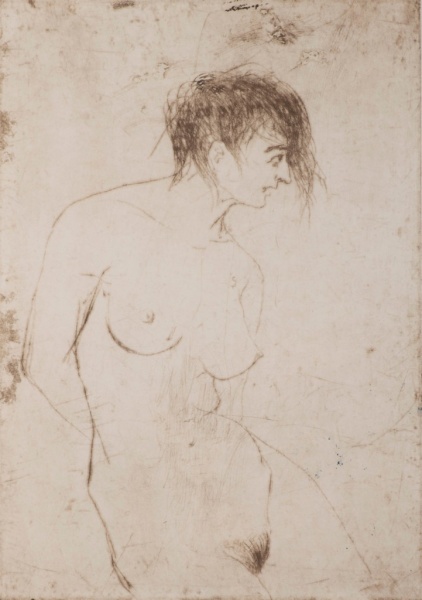 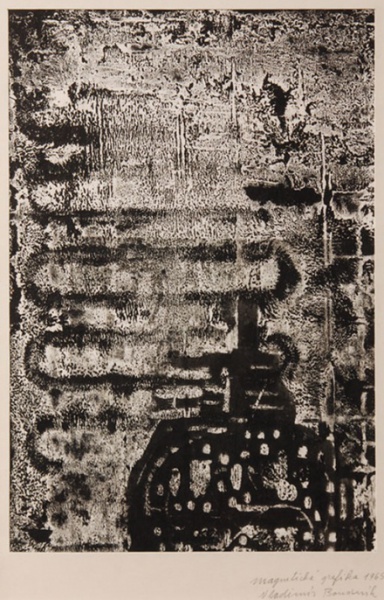 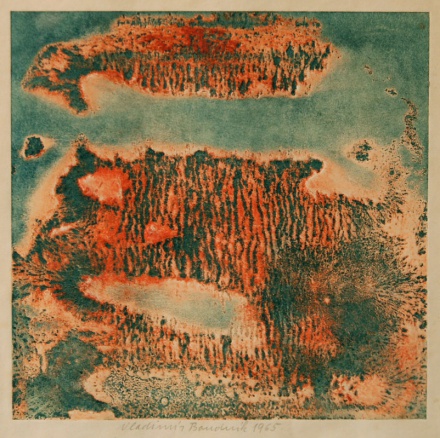