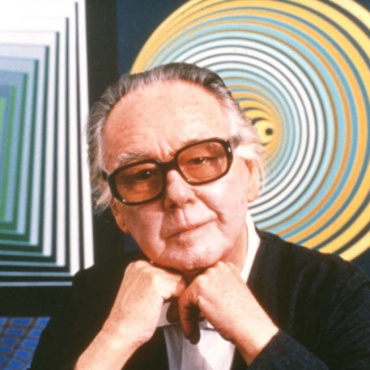 Born on 9 April 1906, died Pécs - 15 March 1997, Paris Victor Vasarely (Vásárhelyi Győző) was a French Hungarian-born artist often acclaimed as the father of Op-art. Working as a graphic artist in the 1930s he created what is considered the first Op-art piece — Zebra, consisting of curving black and white stripes, indicating the direction his work would take. Over the next two decades, Vasarely developed his style of geometric abstract art. His work won his international renown and he received 4 prestigious prizes. 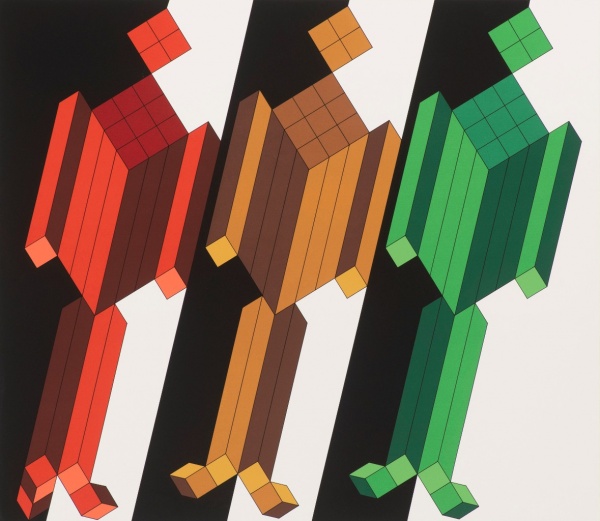 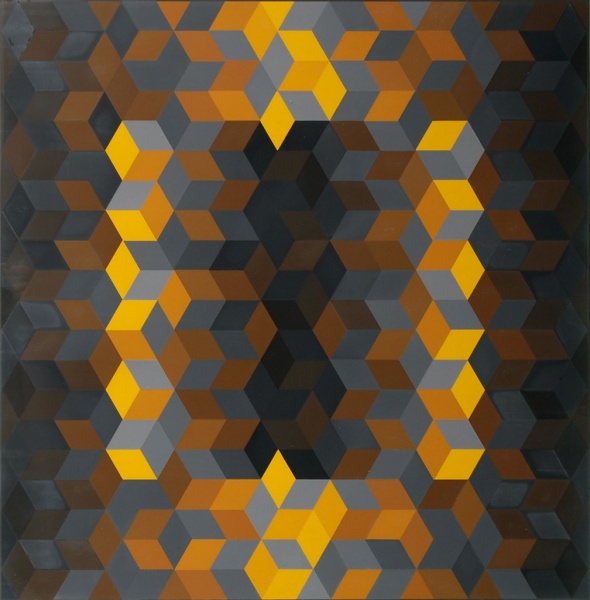 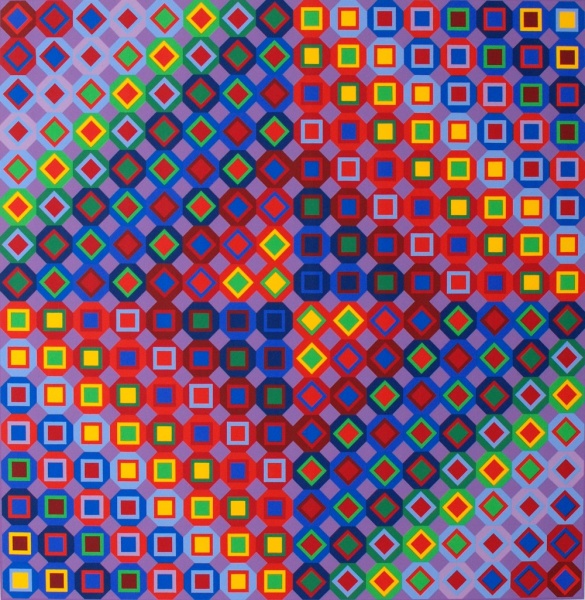 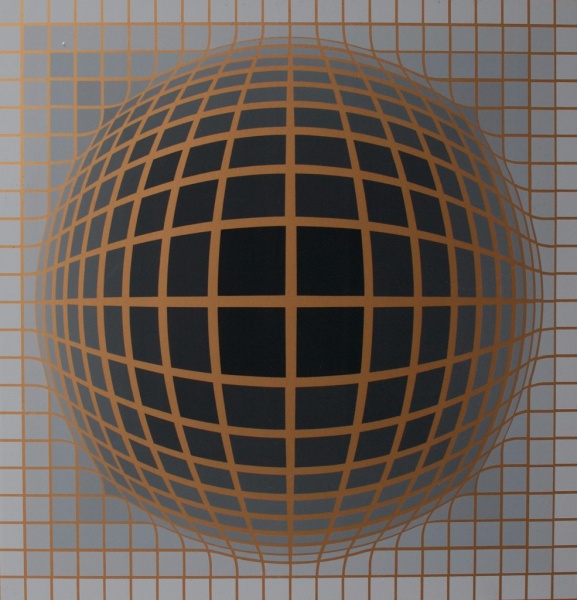