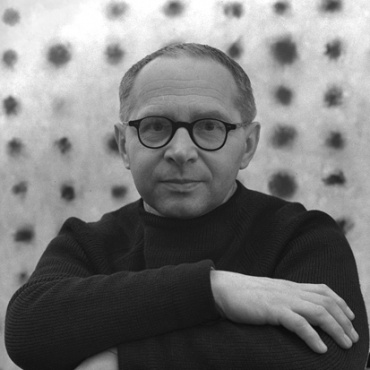 Vaclav Bostik was born in 1913 in Horní Újezd, close to the city of Litomyšl. He graduated from the Academy of Fine Arts in Prague, where he studied in the studio of Willy Nowak. He was a member of the art group Umělecká beseda from 1942 whose activity was formally halted in 1972 and was revived after 1989. In 1960 Boštík, along with Václav Bartovský, initiated the establishment of the art group UB 12 which significantly influenced the development of Czech art during the 1960s (other members were, for example, Adriena Šimotová, Stanislav Kolíbal, Vladimír and Věra Janoušeks and Jiří John). As early as in the second half of the 1950s – when the official artistic scene was dominated by the forcefully imposed Social Realism – Boštík switched to total abstract work in which he solved the essential issues of existence through simple geometric shapes and play of light, given by color combinations. His canvases as if produced powerful spiritual fields and emanated cosmic energy. Everybody who has ever encountered them speaks about their magic and incredible power. Boštík’s works are part of permanent collections of many galleries. In the period of the Communist repression he, however, exhibited on solely an unofficial basis and there even was a period when he lived on restoring sgraffiti at the Litomyšl chateau. Still during the 1960s, his solo exhibition was held in the New Hall [Nová síň] gallery and shortly before 1970 he also managed to participate in the gallery board and co-develop the exhibition program of the Špála gallery under the leadership of the leading Czech art theoretician, Jindřich Chalupecký. He was part of exclusively unofficial exhibitions during the period of the so-called Czechoslovak normalization. Boštík’s official solo exhibition was organized by the Prague Municipal Gallery at the Old Town Hall in the spring of 1989. The integrity of Boštík’s work and life, influenced by his religious faith, was plain. He switched from the initial realistic painting to Abstraction as early as at the end of the 1930s. The painting surface represented a field force to him. On one hand, he created linear symmetrical paintings and clusters of color fields on the other hand. These positions were linked with Boštík’s unique reflection of natural and universal contexts. He talked with the eternity through his works. Boštík died in 2005 and his works are highly sought-after and highly appreciated on the art market both in the Czech Republic and abroad. 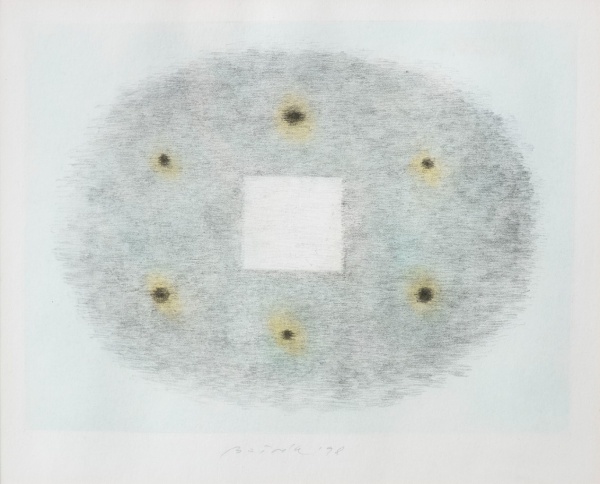 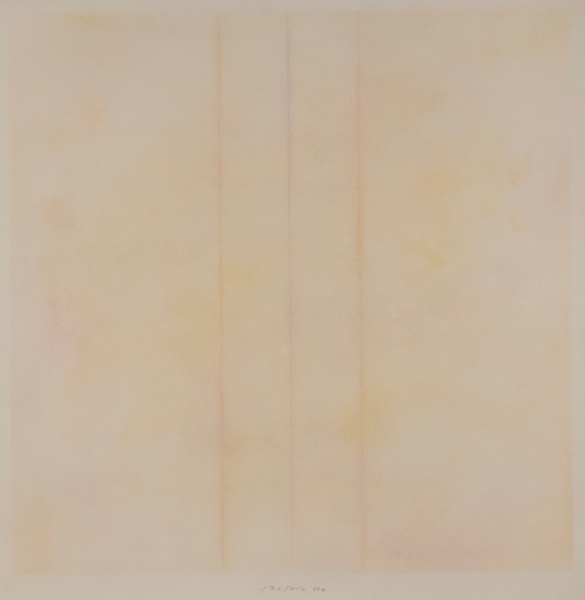