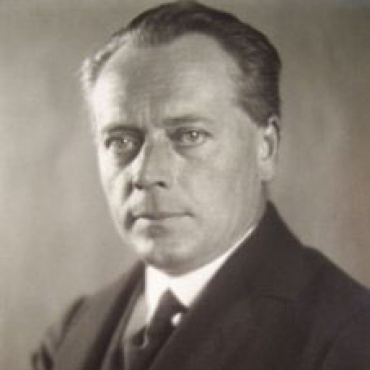 Tavík František Šimon was born on May 13th 1877 in Železnice and died on December 19th 1942 in Prague.Šimon was a painter, etcher, and woodcut artist.
Simon was born František Šimon and later adopted the additional name 'Tavik', which was his mother's maiden name, generally signing his work T. F. Šimon.
As a student at the Academy of Fine Arts, Prague, he received a stipend that allowed him to travel to Italy, Belgium, England and France. He had his first solo exhibition in Prague in 1905, and a Paris exhibition in 1906. His extensive travels would eventually also bring him to
New York City, London, the Netherlands, Spain, Morocco, Ceylon (now Sri Lanka), India, and Japan, images of all of which appear in his work.
After spending 1905–1913 based in Paris, Simon returned to Prague and became a professor at the Academy of Fine Arts, Prague. In 1917 he became a founding member of the Hollar Association of Czech Graphic Artists, which he later chaired.
Many of his most notable images are of Prague, New York, and Paris, but also include portraiture and self-portraiture and images of the Czech and Slovak countryside. Šimon's style was strongly influenced by the French Impressionists and, perhaps through them, by Japanese printmaking techniques, in particular color aquatints with soft ground etching. Šimon was also a master of the mezzotint but completed very few prints in this difficult medium, most of them being female nudes in subtle tones of black.
He died in Prague in 1942. Largely ignored during the Communist era in Czechoslovakia, his work has received greater attention in recent years. 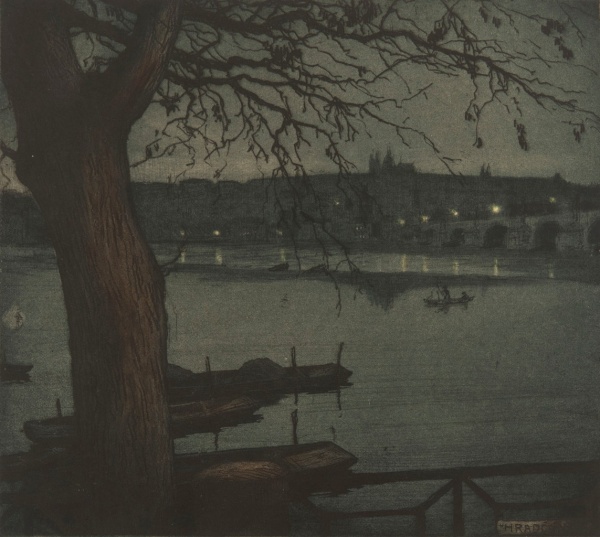 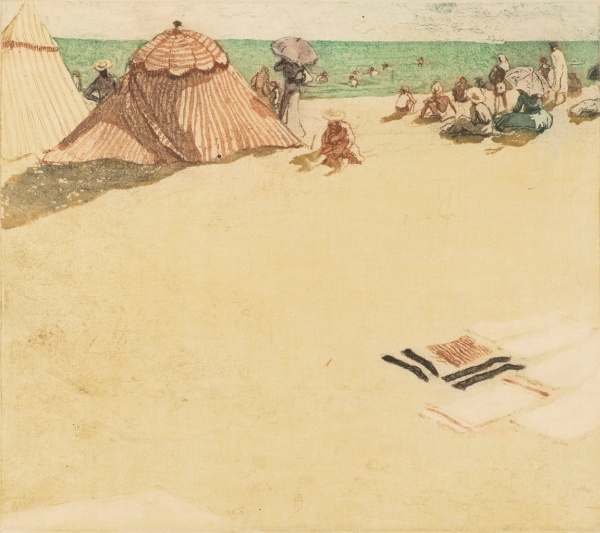 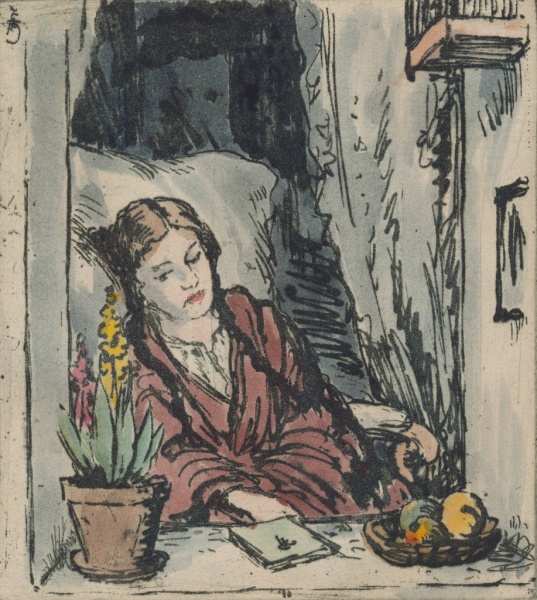 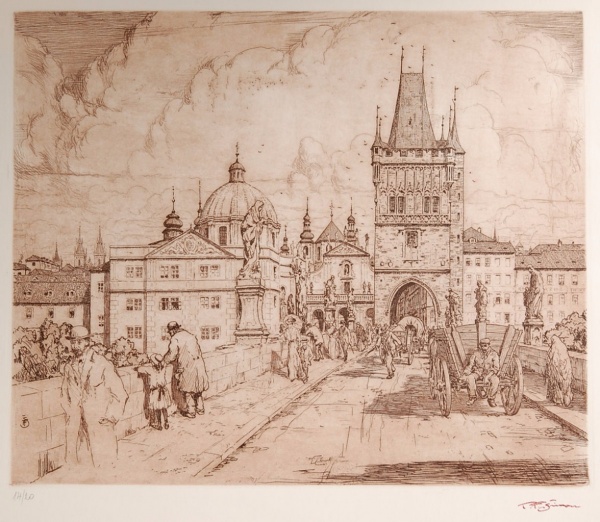 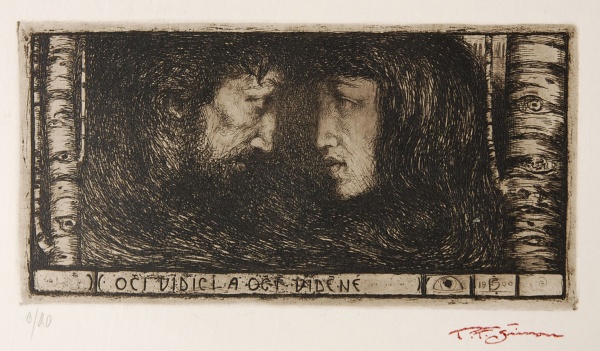