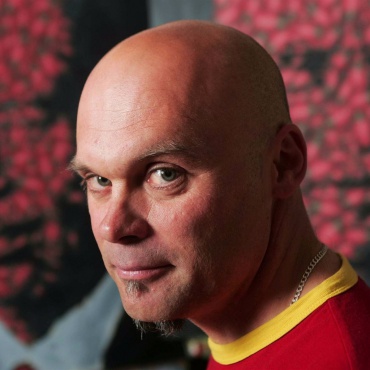 Roman Franta was already an enthusiastic painter during his studies at the Academy of Fine Arts (AVU). Shortly after graduating he made a name for himself with paintings featuring crawling beetles. Even a short glimpse of these works leaves the viewer in no doubt as to who their creator is. Franta’s paintings are unmistakeable. They represent the most striking but not the only chapter in the artist’s creative career, which comprises several apparently disparate stages which share a common basis, namely plant and animal motifs, to which social themes are gradually added.

While still at AVU Roman Franta painted pictures influenced by abstract expressionism and Japanese calligraphy. He also enjoyed taking photographs of details of nature (he is an avid photographer of everything). While still a student he painted his first pictures depicting crowds of plants, fruits or parts of animals’ bodies. These began to swarm around and quiver and created an optical effect. Following this came the famous “beetle” pictures. The beetle was transformed into an elementary constructional unit and became a kind of symbol which could be serially arranged into structures. The beetle units formed the basis of a series of portraits of friends and well known personalities from world of fine art, music and politics and tennis (Roman Franta is an excellent tennis player). Individual motifs arising from different social worlds often encounter each other in the one picture, and there are many painted references to famous works of art. Irony and even sarcastic humour, present as far back as the plant and animal paintings, here come to the forefront.

The series of pictures from 2008 and 2009 are about strange, random encounters. Parts of animals’ bodies are spread over the entire canvas – leopard, jaguar, white tiger, bear, giraffe, stage beetle, hippopotamus, gorilla, chameleon, elephant. And in a corner of the canvas there is a picture of a politically important place, the White House, Wall Street, the Reichstag, Big Ben, St Basil’s Cathedral, Aurora, the Mausoleum of V. I. Lenin, the Říp Mountain, St Vitus, Straka Academy, etc.. The encounter of a specific animal, for instance the jaguar, with the White House, is completely random and has no secret significance. The meaning of the picture is far more general. Though at first sight it may not seem so, there is a historical political ironic commentary concealed in the picture. The pictures are a mocking symbol of the history of human society. It could just as well be the Roman Forum or the Palace of Versailles which are depicted. The incomprehensible, entangled and irrational pitfalls which we have been creating for ourselves from time immemorial are revealed. All we can do is comment on them with exaggeration, humour and irony. And this is exactly what Roman Franta offers in his paintings.

In 2010, an exhibition by Franta provoked controversy. Most of the paintings on show represent scenes from an absurd drama in which the main role is taken by Bag Bug (and sometimes Ferda the Ant) – usually in the company of “beautiful”, “lifestyle” models. Some of the naked girls depicted in provocative positions, e.g. sitting on a motorbike, “compete” with titillating programmes available after ten o’clock on television. Franta’s painting entitled B. B. (B.B. = Bag Bug) are an uncompromising attack on the state of society, for instance the fact that naked women can be used to advertise anything. Franta here returned to expressive, energetic painting, intensified by sharply articulated messages. The Nová síň Gallery in Voršilská was resistant to the exhibition, covered up the women’s genitals with black stickers and brought the exhibition to a premature close.

Roman Franta is a natural provocateur. In his paintings of bugs this was not immediately apparent. In his most recent works this almost perverse, subversive perspective on the world grows in intensity. 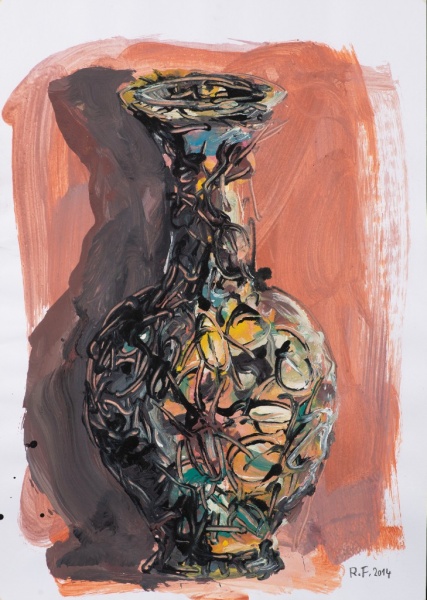 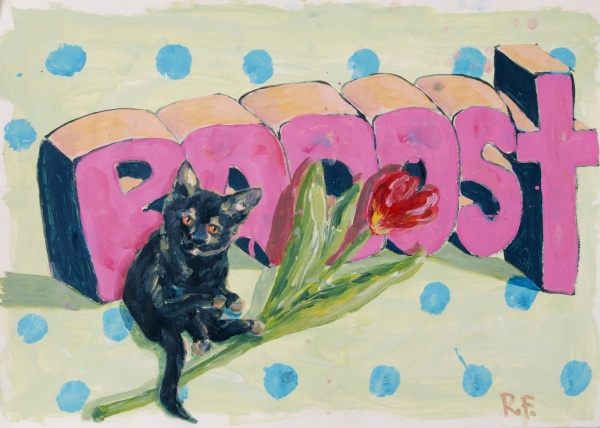 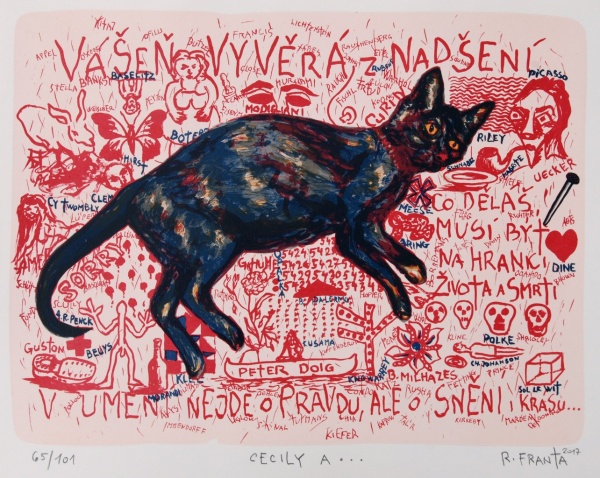 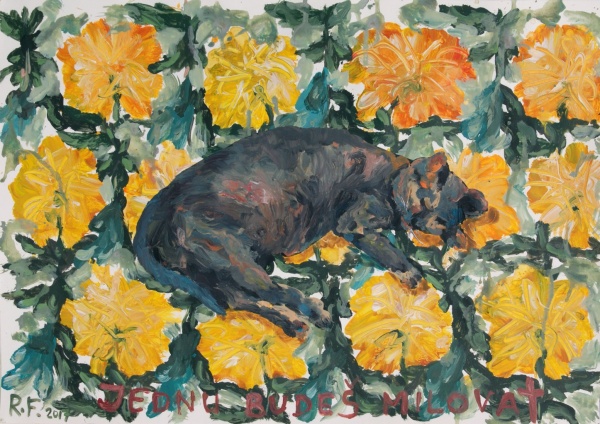 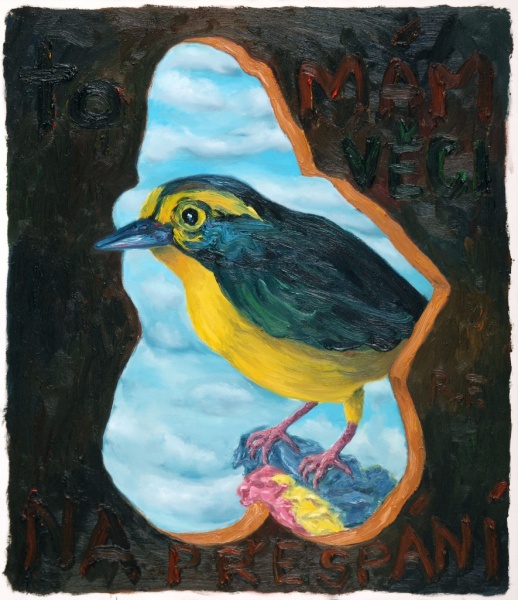