Pavel Šmíd’s pictures represent a demonstration of certain principles and stereotypes linked to human desire and dreams. These are ingeniously strewn around a human consciousness accustomed to perceive mechanically pre-packaged and ultimately never completely processed visual data and to mix it into generally experienced emotions. The consumption of a picture and the “painting” itself becomes the ironic leitmotif of Šmíd’s formally crystallised and internally unified artwork. This involves the “showing” or “exposure” of other meanings and contexts, those behind the things, semi-finished products, which are created by a purposefully configured media reality. The artificial space, the unnatural posture of a figure, the stylised angles of the perspective, the facial expressions, the free colour schemes, the hyper-realistic description of material detail, the emphasis on fashion elements such as hairstyle, makeup, jewels, etc., this is the spectrum of procedures which participates in the creation of a perfect configurative environment or the act of presentation. The filtering of materiality follows concrete ideological objectives, in this case temptation on the level of consumption.

However, the opposite approach makes an appearance too, which clashes with the perfect retouching already mentioned and exposes imprecision, flaws, errors – for instance the open acknowledgement of a viewpoint or discourse in painterly stylisation (photography, magazine pictures, illustration), the blatant injection of valid information, the mix of retro-motifs mutually unrelated to any specific period, the substitution of expected signals – colour, violent gestures, ambivalence in the reading of significance (dance – combat; pistol as weapon – pistol as game, model – vampire, a sleeping bag as a functional item – the painterly likeness of a sleeping bag), etc. Here for a change the artist’s imagination is filtered, which never openly blasts into an extreme, does not slip into the void, but always sarcastically blends into the experienced, the generally known forms and backdrop of commonplace banality and the tired matrix. 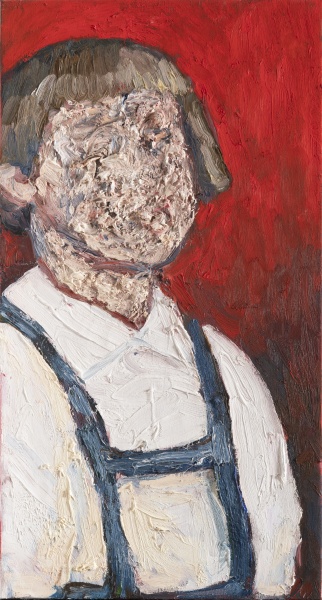 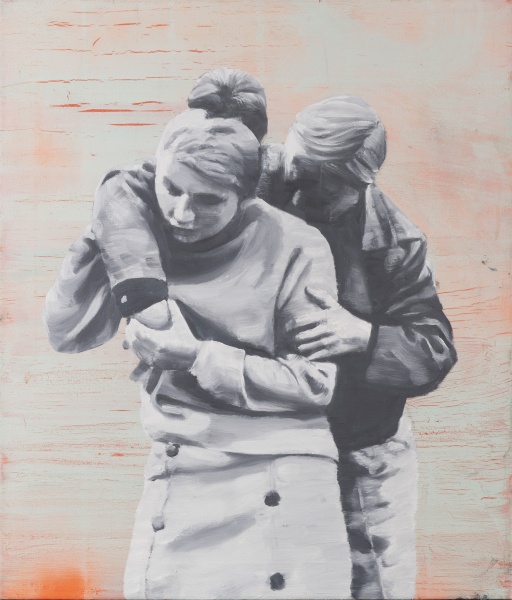