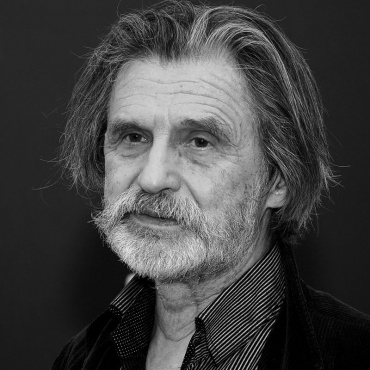 Pavel Baňka belongs among the dominant figures in contemporary Czech photography. However, despite this fact, it is not easy to assign him to a specific trend or artistic movement in the local environment. Perhaps this is because he found his way to photography indirectly and gradually. Perhaps the fact that he had already, in a natural manner, made a name for himself on the international photography scene during the second half of the 1980s has something to do with it. Baňka, in short, always took an independent course and this fact makes his work both opaque and, to a certain degree, provocative.

Pavel Baňka’s first personalised collections began to appear at the start of the 1980s. Following the trend of then Czechoslovakia and to a large degree the European photography scene at that time, he devoted his work to the arranged lines of black-and-white photography, grown up from the principles of the inter-war Avant-Garde. Surreal dreamlike symbols definitely disappeared from this artist’s works at the end of the 1980s. It morphed into a more abstract „painter’s“ style, on an increasingly post-modern level, characterized by muting of the gestures of the manipulative staging of motifs and, at the same time, by enchantment through the possibilities of colourful, technical image. At the height of the post-photographic period, which occurred during the 1990s, Baňka returns, however, to an approach that suppresses the dominance of colour.

In these newer photographic collections created in the changing societal, political and cultural conditions of the post-totalitarian transformation, the artist builds on, among other things, the prior conceptually-limited generation of expression-frugal photographers. The pressing cheapness that in certain cases grows into the mechanicalness of the creator’s gestures tends, in his case, to be the empowered elements of canonical compositional schemas. Yet such an approach also enriches and protects moments of surprised extraction from eventual depletion. They build up to the viewer’s uncertainty of the fictive inappropriateness of the photo taken – for example, use of flash to light nocturnal images. In fact the use of artificial light in the exterior of Baňka’s unpolished approach to the issue of visual representation continues to develop and empower them (the images). The almost mythical atmosphere of photos modelled in this way brings us closer to the roots of his strategy for expression. The world of „grand“ art converges with a boyish desire to expose what is suspect, to lighten up the dark corner, and to get to the heart of the matter.

This neoconceptual trend in Baňka’s works appears perhaps most markedly in his abstract cultural landscapes (the Lit-up Night – Agrarianism series, 2003-2007) or on the contrary archetypal landscapes (the Infinity series, 1997-2000), or possibly in the content-significant details of architecture (the Marginality series, 1986-2004). The artist constantly returns to the matter of landscape records or architectural elements and projects onto them a broad collection of globalised, social, yet also subjective and intimate levels. The places he records have no meaning in and of themselves, for they lack a clearly readable geographic characteristic referring to a specific place or environment. Baňka uses to a certain degree dehumanised slices of nature as a specific form of visual score. Together with the reaction of the artist’s desires – discoverers summon through his, in many ways descriptive, images a feeling of pre-industrial grandeur and an acceptably attractive desire for nostalgic moderation. A connection set up in this way suggests to the viewer an almost transcendental experience and allows the photographer, when taking his photos, to launch his own sort of creative catharsis. The internal dilemma between attractive aesthetisation of themes and the oppressively closed off narrative value of the secondary document is then later fully displayed in the photos taken in an abandoned hospital complex in Connecticut in the USA (series Mansfield, 2002-2003).

The feeling of timelessness speaking to the relativity of human fate, the themes thrown out with bravado or the flashes in the dark in the form of nuclei of intimated stories all express the artist’s rich internal life: that of the photographer, who in an unexhangeable, highly poetic manner delivers a message about the contemporary world and the history of past ones. Each photo by Pavel Baňka represents a miniature image haiku that opens a wide space for the imagination. However, they also contain an encrypted visual and societal message. 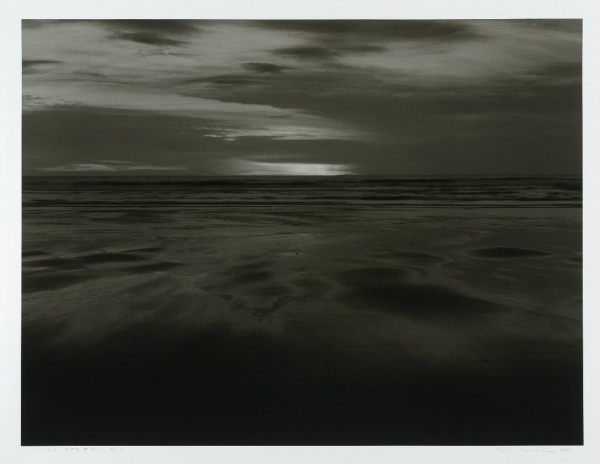