Ondřej Basjuk is one of the young generation of artists working with the multilayered, diverse legacy of painting with respect and without shame. It is clear from his paintings, drawings, objects and installations that this is not only about defining himself in relation to older artists or launching an attack on the cultural heritage. And yet there is a strategy of alienation, destruction, decomposition, demolition and the refashioning of what we call the picture. For Basjuk, immediate entry into the problem of refashioning or deconstruction of the image resides in a shift in the centre of gravity of thinking itself, which actively reacts to different types of manipulation both inside and outside art. It is the reactions to these stimuli, which are not only artistic, that participate in the transformation of the morphology and overall concept of the image.

Basjuk was very influenced first by his studies of graphic book culture and later of drawings and graphic design at the studio headed by Vladimír Kokolia at the Academy of Fine Arts (AVU). The knowledge of creative laws that he acquired during his studies formed the foundation of what became a vigorous artistic opinion. The free mastery of drawing allowed Basjuk to follow a path we could call "thinking by image", without the aid of what these days are the customary explanatory tools. The principle of his imagination is allegorical, yet the form speaks clearly and compellingly. The artist boldly sketches out his critical visions, smashes the visual canon, unmasks conventions, and expands into space with the aim of ridiculing different types of aesthetic and social hypocrisy. He is unafraid to be inspired by pulp magazines, the renaissance, Zdeněk Burian, military border guards or the art of the Far East. Motifs including Plato's cave, holes and cracks function as interstices in the matrix through which we can perceive a different world to that which we live in, both better and worse. The world in the centre of intangible data that overlays everything is destroyed like a space of consciousness and with it the role of man and his abilities and possibilities alienated. Basjuk reacts critically to this situation.

The realm in which the artist most frequently "operates" is a kind of mythical past blending into the present, or perhaps their hybrid obverse. The framework for seemingly liberating processes and activities such as scientific discoveries, crossing the boundaries of knowledge, tales of derring-do, religious ecstasy, maniacal collecting or simply out-of-town rambles is construed here as a caustically ironic theatre full of chic, artistic and also cruel performances. The space is peopled by comedians, mannequins, enthusiasts and fools balancing over a precipitous gorge. However, nobody gives up on their goal. History here is nothing other than a form of strange narration that deliberately reveals or conceals a deeper reality. What is important is that Basjuk's expressive experiments form part of the retelling of the past, and these turn even painting itself inside out. The metaphorical inversion of the painterly language, along with the deconstruction and often the destruction of the image analogically corresponds to the perceived destabilisation of social values. While the paintings are often dirty, viewing them strives for maximum purity. 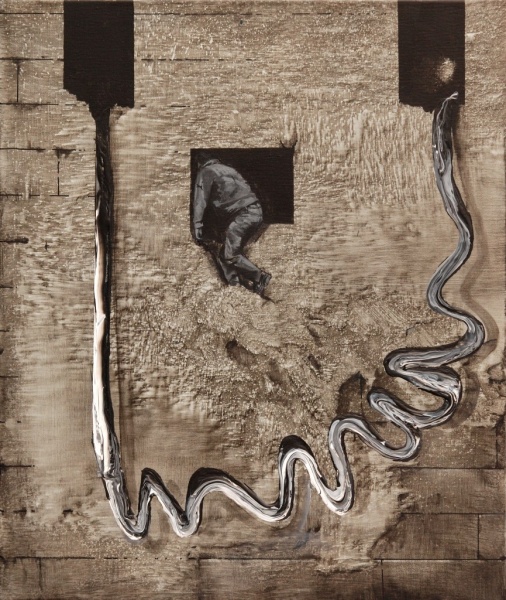 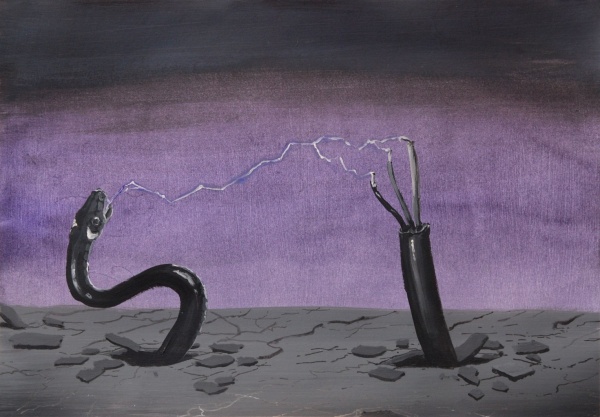 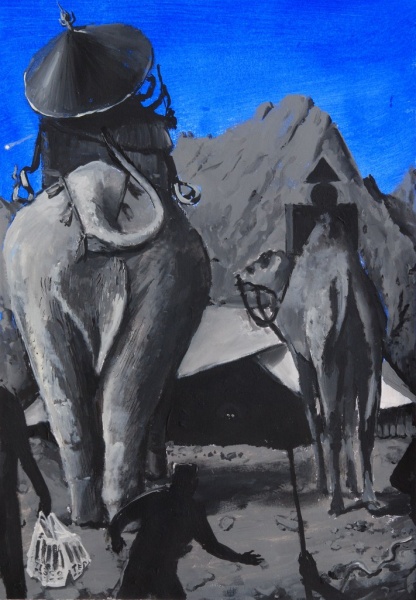 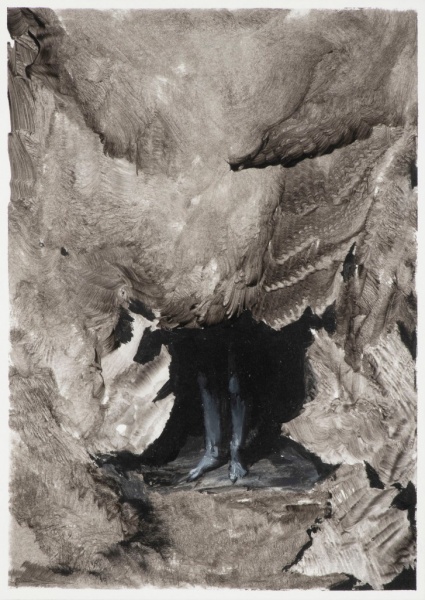 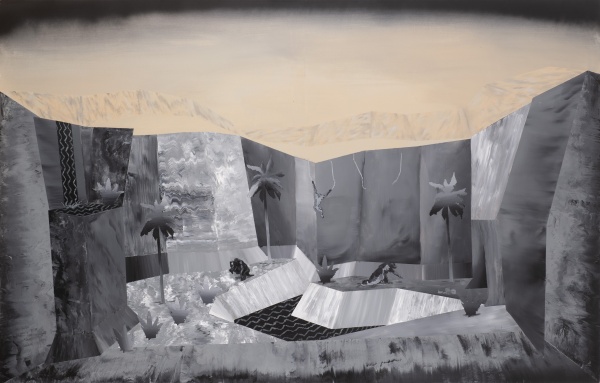 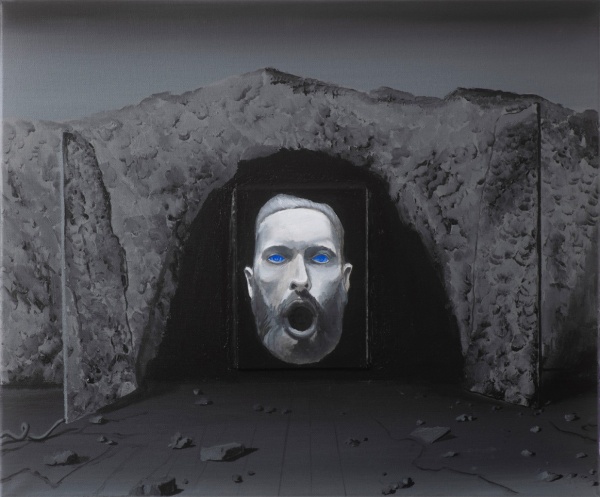 Ondřej Basjuk Me acrylic on canvas Price on request 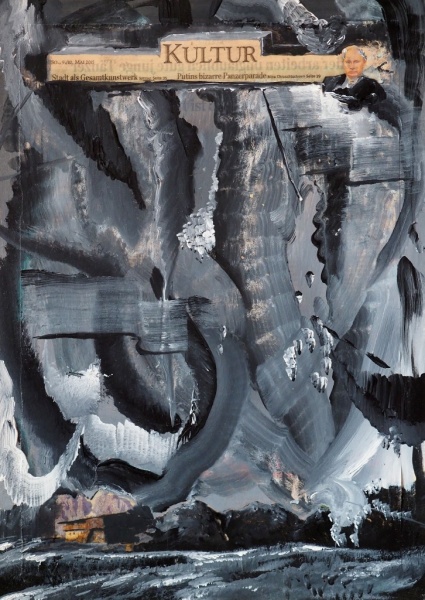