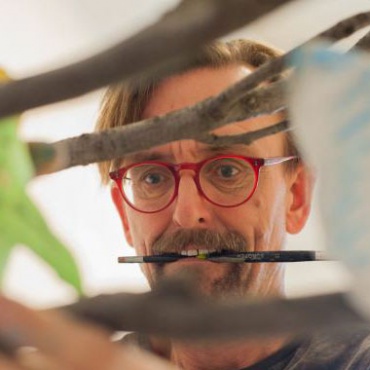 Graphic designer, Michal Cihlář, a creation (born) of the Czech artistic community, considers himself to be an applied artist with a sceptical relationship to the contemporary, artistic avant-garde. However, one cannot reduce his significance to his subjective self-assessment. His definitive and maximalist approach to artistic creation and its values has the traits of conceptually-distinct creative gestures.

In the 1980s Michal Cihlář belonged to the generation of post-modern students at the VŠUP. Early on at school he gained notice for his playfulness and, most of all, his hardworking nature (his thesis work involved making a life-size drawing of an elephant). As early as 1981 he discovered an original technique for colour linocuts, which he later went on to develop further. His graphic art works fascinated audiences with their dimensions and the amount of work they involved.

His graphic sheets of life-size persons or his 22-colour linocuts (in 1997 he created a 42-colour linocut) were no exception. His topical range included portraits of his friends, as well as linocut reproductions of various elements from applied graphics designers, chewing gum wrappers, street car (tram) tickets, food packaging, or even entire pages of newspapers. Here he expressed not only his adoration of so-called low-level expressions toward graphic art but also toward small collectors objects. He was also fundamentally influenced by the person and works of Andy Warhol. Michal Cihlář together with Rudo Prekop and Michal Bycek founded and brought to life the Andy Warhol Museum in Medzilaborce. They amassed an extensive archive of Warhol’s materials. Andy Warhol, or rather reproductions of his photographs and articles about him, became the bases of the artist’s graphic work.

In addition to linocuts, Michal Cihlář create collages: occasional plastic works made from coloured paper or arranged, hand-coloured photos of dead birds (1989). In the 1990s he began to devote more time to applied graphics: he created posters, tickets, postage stamps, book and magazine illustrations. He is creator of the Zoo Praha visual style (everything from tickets to small souvenirs to billboards). Among Michal Cihlář’s mature, later freestyle works belong photographs inspired by his daughter, Kiki. The resulting work confronts both source photography and its reproduction via linocuts. Since the 1990s he has also, albeit with some breaks, devoted time to creating linocut still-lifes. 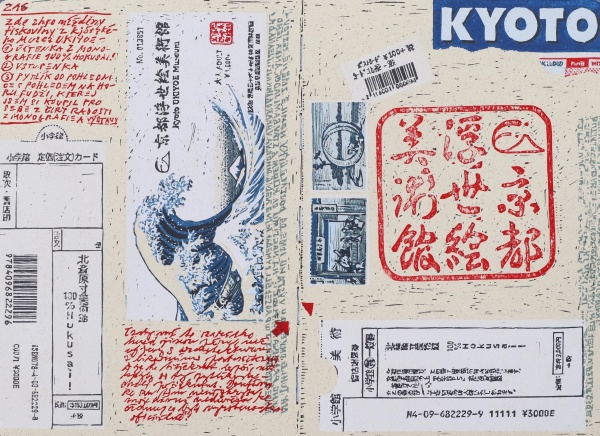 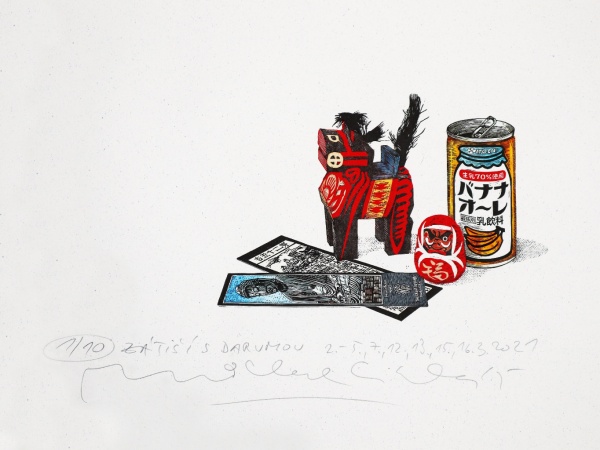 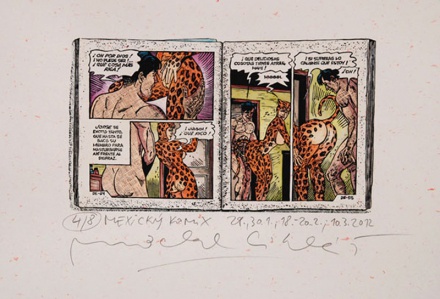