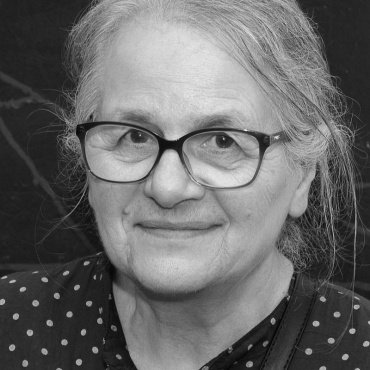 Marie Blabolilová proved to have significant talent already in the 1970s when she was classified among the front personalities of the young generation next to K. Gebauer, V. Novák, I. Ouhel, P. Pavlík, M. Rittstein and others. Her creative expression is straightforward, simple and modest. It is based on concentrated observation of the surrounding world, but her portrayal is not descriptively realistic. It combines sensitization with relevance and an intimate perspective with the universal in an original way. Marie Blabolilová always captures a certain fragment of reality, a partial section of it, and ordinary things and objects, which she is closely familiar with. She expresses herself clearly, specifically and comprehensibly. In spite of this, her work does not lack sensitivity; it has a poetic aspect and generalizing overlap. She alternates between working with painting and graphics, and she also restores wall paintings.

In her own work she utilizes her ability to adapt to the style of the finished piece of work in an original way. Here she further makes up the original painting or ornament, however. She has always disliked any form of limitation. Therefore, while she was studying at Prague's Academy of Fine Arts, she was mostly influenced by Professor Jiří John who gave his students the necessary freedom. She found certain enlightenment in his typical style based on freedom and systematic layering of thin lines.

She soon transferred from painting to graphics where she found the technique of linear etching to be the most suitable for her. The foundation of her original style lies in graphical raster. Her lines have different intensity, they are laid tightly next to one another, vertically, horizontally or aslope and they make up a composed structure. The precise order of the lines is occasionally disrupted by some of them being left out, which creates an empty space. This incompleteness evokes an impression of elusiveness and variability. She uses raster to portray kitchen still life, flat interiors, city nooks as well as landscape scenery. A typical element for her work is an absence of the human figure – housing blocks are abandoned, streets are empty, interiors and landscapes are depicted without people, which in the black and white graphical execution evokes existential feelings and leads to apocalyptic visions (e.g. Sandpit, Landscape of the 3rd Millennium, Resurrection, etc.) She applies similar approach in painting, which she started with and then came back to in the 1980s. Since the 1990s painting dominates in her work. Once again civil themes are dominating here, figure is lacking and her sense for system and precise order is present. The base of her paintings consists of regular patterns, the second plane is represented by a specific motif known from the daily life (e.g. Telephone Booth, Kitchen Still Life, Little Library, Radiator, Chair and Table, Glass, Radio, Dress, Apron, Clothes on the Line, etc.) Sometimes the background and front image blend in, the area of the painting is filled with repeating motives, which she applies primarily when depicting landscape and natural events (e.g. Falling Snow, Storm in the Field, Crop, Forest, Orchard, Flowers behind the Fence, Sunflowers, Birch Trees, Larches, etc.)

She draws abundant inspiration from the typical furnishing of Czech households from the pre-revolution period. She found magical attraction in the colour and ornamentation of old floor linoleum, which she original redrew and then incorporated as a part of the background in many paintings. Since the mid 1980s she started to paint directly on the linoleum, she uses it as a base and a starting point for newly created compositions. She partially keeps, partially changes or associatively develops the original pattern.

She has also taken a fancy to the paint roller, which leaves a tacky print on the walls of flats. She has raised it to be a noble tool, which can be used to create a cultivated painting. Another typical flat accessory captured her attention – a framed reproduction of famous paintings. She incorporates printed reproductions into her acrylic paintings with an interior theme and she creates an impressive collage containing soft humour. In a certain sense Marie Blabolilová was ahead of her time; she applied untraditional methods that did not spread in Czech painting until later with the accession of artists one generation younger.

Author of the annotation
Vilma Hubáčková, 2013 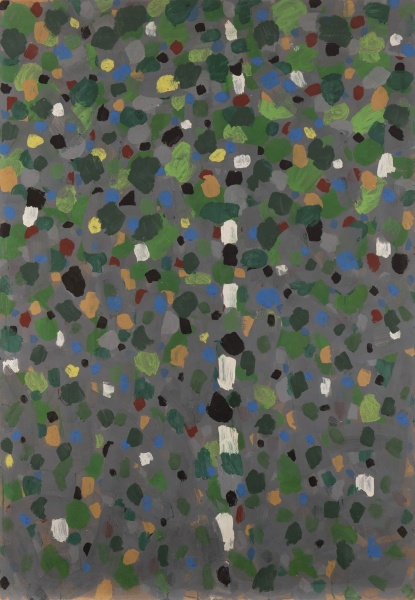 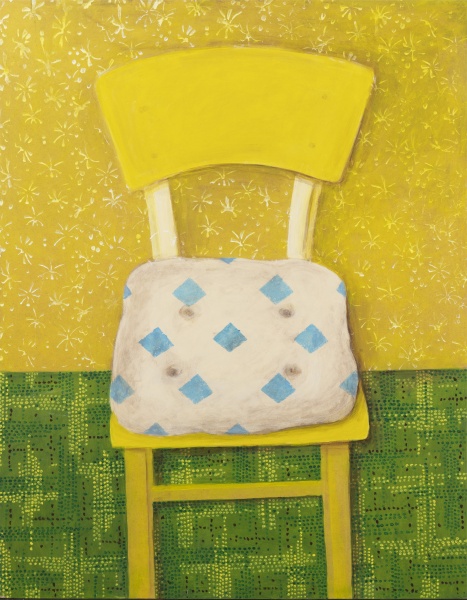 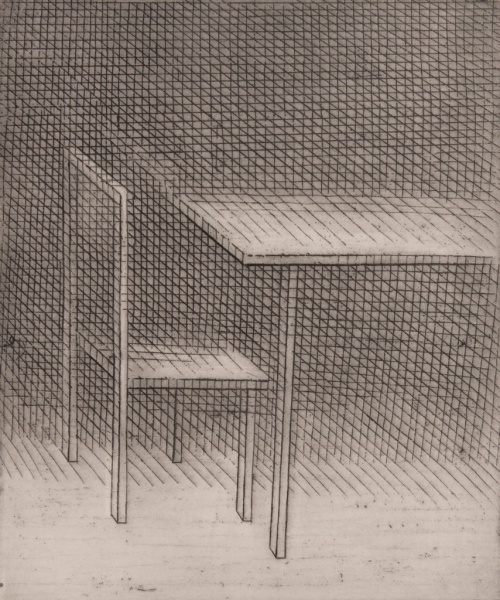 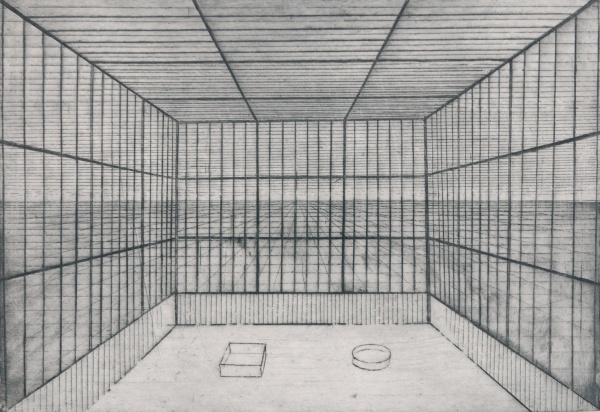