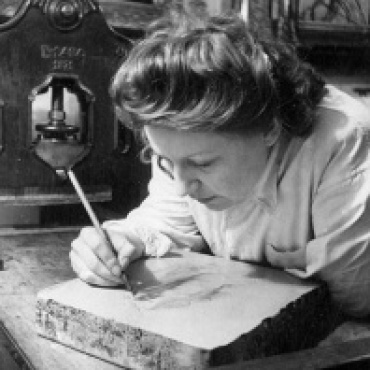 Ludmila Jiřincová was born on 9 May 1912 in Prague. For Ludmila from earliest childhood showed extraordinary talent. Ludmilla went first to learn the craft of painting talented Rudolf Vejrych. Stayed there for ten years. Between 1934-1935 the state staying professional ceramic school in Prague with Professor Vaclav Vokálka. Based on the recommendations of Otakar Nejedly continued since 1936 to study at the Academy of Fine Arts. There she attended a special graphic prof. T. F. Simon. Between 1937 and 1938 made recommendations to the TF Simon's visit to Paris, where he deepened his knowledge of graphic design especially in the Cabinet-Legarec Sagôt. His first exhibition held in October 1940 in Mazáčová exhibition hall in the charred street in Prague. Her work is liked here, so shortly after the exhibition was offered the publisher Francis John Muller Pantoumy illustrate the love of Jaroslav Seifert. Illustrations were successful. For this reason, soon followed by further orders for illustrative cycles. Illustrations have become an important component of her art work. Illustrated about 360 books, especially focused on poetry. She received numerous accolades for them not only at home in the Most Beautiful Book of the Year. In New York in 1964, won the prize for most beautiful book covers, in Bologna in 1972, a special prize for illustration. In 1942 he became a regular member of the Association of Czech Hollar, however, worked with him previously. In his life he created more than 1,200 prints. The graphic techniques often appear with new opportunities, for example, since 1945, lithograph on the asphalt. Significant was the formation of bookplates, which are paid from 1939 to 1992. They created more than 480, mostly etching and lithography. Thematically the bookplate dominate girls 'heads, the girls' acts, the subjects from nature, process also subjects of his illustrations. To create bookplates won numerous prizes. Member of the Society of Collectors and Friends of Ex libris been since 1962. The center's artistic production was mainly the young woman acting as a symbol of human destiny. Glad i captured the landscape and nature. Created over 2,000 paintings. Among the frequent suggestions L. Jiřincová was also boating motif, repeated in many works as an imaginary element of the uncertain life and the human desire for the unknown and unrecognizable. Often depicted as a symbol of the eye window to the soul. About her work is spoken of as a dreamy, mysterious, full of nostalgia. She said she mainly tries to express the "truth of his feelings." The motives, which inherently have contacted her, often returning. Besides New Year's cards, stamp and poster-making created in 1964, Cartoon Slóvce M, where he tried to handle the art of medieval song of the same name in the organization Kamil Bednar. The film was awarded the prize for example, at a festival in Bologna, Italy. Participated in the decoration of buildings (churches, schools, shops and commercial wine cellars). Equally interesting is her art to accompany a NOTAM issued for voice and piano, and repackages records. Work "the first lady of Czech graphic art", as when L. Jiřincová just said, it was not presented at numerous national exhibitions and abroad (Poland, Sweden, Italy, Great Britain, Mexico, India, Israel, etc.). In 1982 she was appointed meritorious performer. Ludmila Jiřincová died on 22 January 1994. 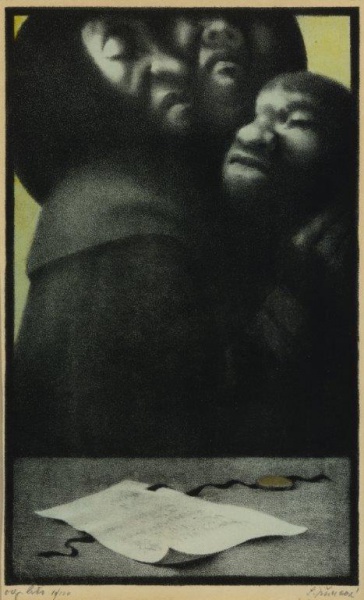 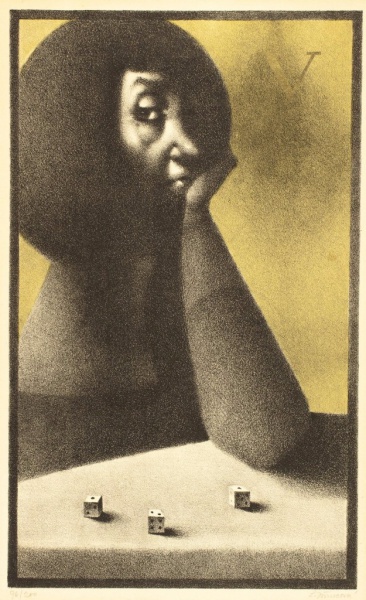 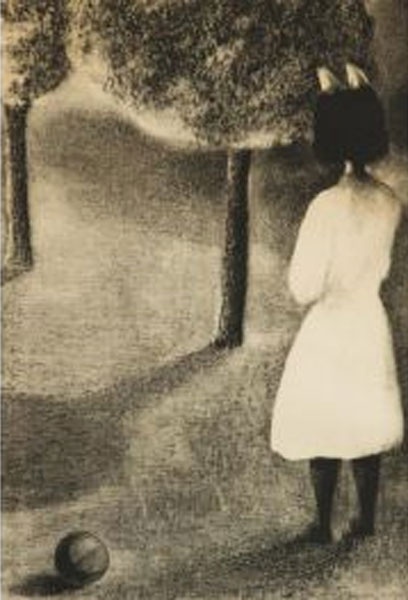 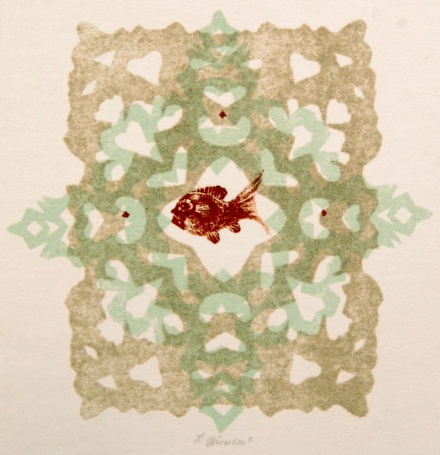 Ludmila Jiřincová The Carp and The Flake etching, paper SOLD 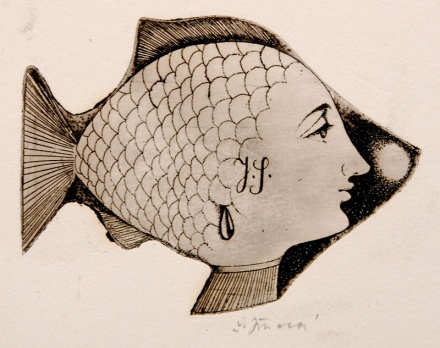 Ludmila Jiřincová The Woman and The Carp etching, paper 1 200 Kč