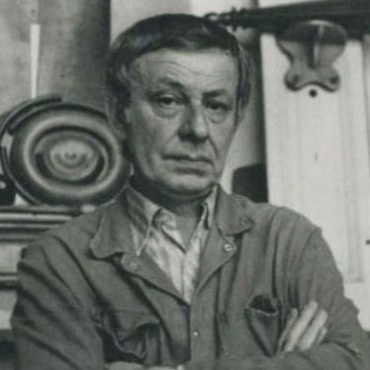 Libor Fára was an artist body and soul from childhood. He enjoyed drawing when he was still just in secondary school, where his teacher was Pravoslav Kotík (who allegedly gave his students assignments like drawing a cockroach or the emptiness in a bottle). Back then he had already developed a fascination with surrealism. During the wartime forties, Fára mixed with members of the surrealist Spořilov group, which organised illegal activities (for example, in 1943 Fára gave a lecture on surrealist painting and Zbyněk Havlíček on psychoanalysis at an evening discussion). He met with other representatives of surrealism and became friends with Josef Istler. In 1944, at the age of 19, Fára was sent to do forced labour in a factory in Prague. Works he created from the end of the war include for instance his drawings in coloured pencil and his xylograph collages, which provide evidence of his surrealistic outlook and are the first illustration of his maturity as an artist.

In 1945 Fára began studying at the Academy of Art, Architecture and Design under Emil Filla. The very next year, in 1946, he received a great honour: some of his work was selected for inclusion in the exhibition Art tchécoslovaque 1936-1946 in Paris (they were chosen by Josef Šíma and Paul Eluard). At the time Fára continued to work in surrealism. He created objects and free compositions composed of various objects that possessed a surrealistic smack of fetishism. In many of them Bellmer-esque doll torsos played an important role (Stop Time / Zastavte čas, 1946; Touches / Doteky, 1947). The artist continued to create collages, frottages, drawings, and paintings, everything in a surrealist sprit, even though Fára never became an orthodox surrealist. His paintings and drawings possess an imaginatively poetic atmosphere, a hypnotic magic and subtly pulsating quality. They do not seek to shock by being drastic, perversely erotic, or monstrously radical, as in the case of many surrealists. Fára most resembled Max Ernst (End of the Day / Konec dne, 1949), who was not among surrealism’s orthodox apologists, and who was the favourite artist of Mikuláš Medek, with whom Fára became friends in 1950. By then the political situation had escalated sharply, and in unofficial circles surrealism was losing its war-era and post-war strength. Fára moreover had to go and perform compulsory military service. The year 1953 was an important one in his life. He began working as a designer in the army theatre of E. F. Burian (Armádní umělecké divadlo E.F. Buriana), and there he became friends with Jan Grossman and Josef Topol. After that he never lost his love for the theatre and for working in as a visual artist and costume and stage designer.

In September 1957 Fára had his first solo exhibition. He himself referred to this as his ‘still life’ period. In these works, he moved away from surrealism and towards the contemporary young work that was focusing on simple, ordinary subjects. Fára’s works provide peeks into interior scenes, where we see tables with vases and flowers (Still Life with a Vase / Zátiší s vázou, 1957).  The morphology is drawn from modern painting, the subjects have a heavily stylised appearance, a geometrised form, and the colour expands into quadratic surfaces. The simple, informal aspect of Fára’s work is extremely poetic: we feel a suggestive imaginativeness and the mystery of time standing still in his images. In this way he was touching on a different tendency in art current at that time, which was magical realism, even though at first glance his paintings looked like constructivist-rational work.

After his painting period, in the late 1950s Fára moved in the direction of less monumental forms. From 1958 he worked on the tempera drawings series Rhythms (Rytmy), which brought him closest to abstract painting. The figurative beginnings then evolve into a sign, which in rhythmic waves assumes the form of a black line covering a monochrome visual surface. In 1961 Fára created a very tender series of collages out of torn cardboard, a follow up to his tempera drawings (Loner / Samotář, 1961). Here too it is possible to sense a figure behind the shapes of torn paper. Formal devices are minimised, as is the colour scheme, which plays out in the natural shades of paper, set on a subtly coloured base.

After a ten-year gap Fára had his second solo exhibition, in 1967, titled Game Tables 66/67 (Hrací stoly 66/67). In it the artist presented assemblages composed out of fragmented wooden objects stylised into table-like formations. They are about tables and they are about games. Hence the title of the exhibition. Found materials are composed into metaphorical images that spark various associations. The series of tables are remotely reminiscent of Fára’s surrealist background. In these objects those principles are transformed into a poetic language that through cuts and thoughtful adjustments sets up new relationships between the initial materials. Fára’s table objects from the 1960s were motivated by his passion for collecting old, useless objects, not by any surrealist enthusiasm for the bizarre based on the absurd juxtaposition of a ‘sewing machine and umbrella over an autopsy table’. Fára was so taken with wood assemblages that he devoted himself to this kind of work until the 1980s.

Fára was simultaneously also creating collages, photo-montages, and frottages. In these ‘flat-surface’ works he used old newspapers and manuscripts, spattered papers, printer scrap, photographic waste, faded old photographs, and so on. These are simple materials and in the resulting collage they lose their surface legibility. The note of romanticism is lost, as is the bizarre connectedness of fragments of reality, which were typical of Fára’s early surrealist-inspired work. The collages from the 1960s and 1970s are concerned with mundane reality and the everyday and are aligned more with the aesthetics of pop-art than a charged imagination. Fára tried to organise the fragments of reality into a new visual order that stripped ordinary objects of their rawness and original triviality and breathed beauty into them.  This effort sprang from the artist’s ‘eternal longing to transport abandoned objects to a sublime level and set them in beautiful dimensions. … my true concern is beauty’ (Libor Fára, 1967).

At the end of his life’s journey Fára created the cycle Metal-Talk (Plechomluvy, 1987-88). This time the artist’s preoccupation was metal. He cut shapes from metal and arranged them in new contexts. He admired the patina that metal acquires as it rusts and that gives it a kind of uncommon colourfulness.

Libor Fára often drew on the legacy of the pre-war avant-garde in his work. He never, however, settled for just mechanically reproducing that legacy. He transformed surrealist and constructivist-abstract tendencies into an idiom of this own that was consistent with contemporary sensibilities.  He was also a tireless seeker of new techniques, disposing of old and traditional artistic devices. It could be said that in his work Fára fused two streams that originally countered each other: surrealism and constructivism. In this sense, Fára’s work constitutes a valuable and distinctive contribution to the development of Czech post-war art. 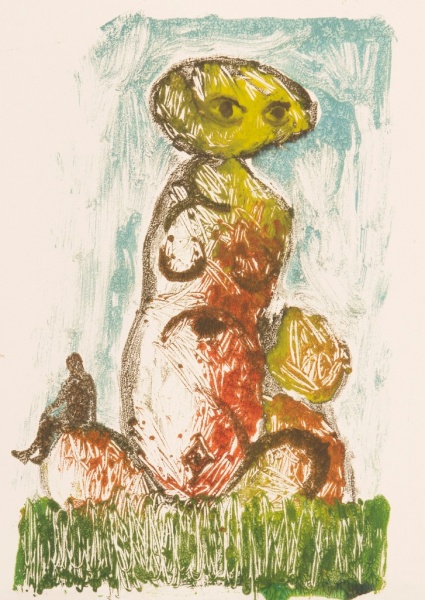 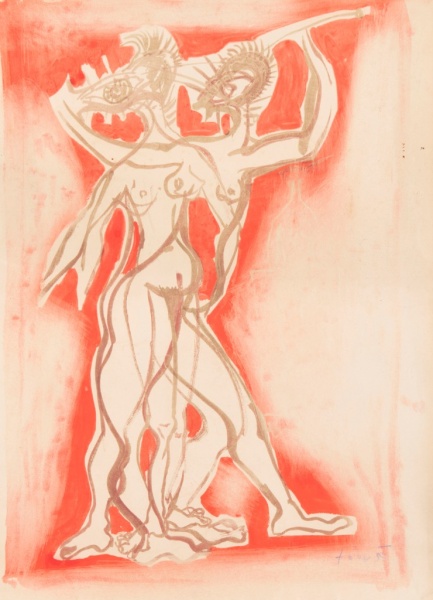 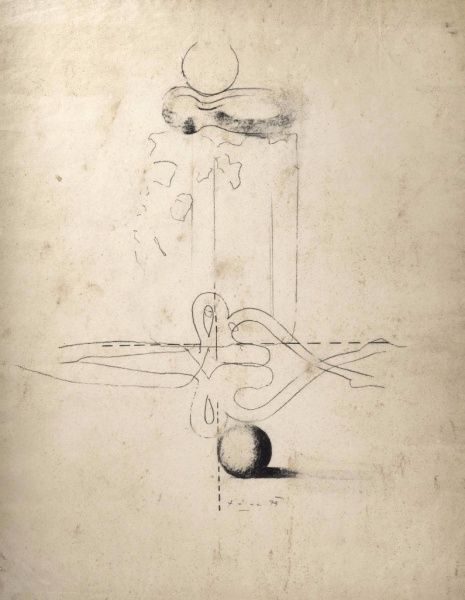 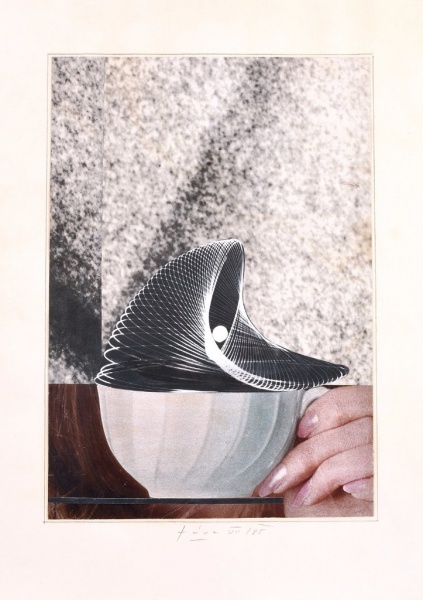