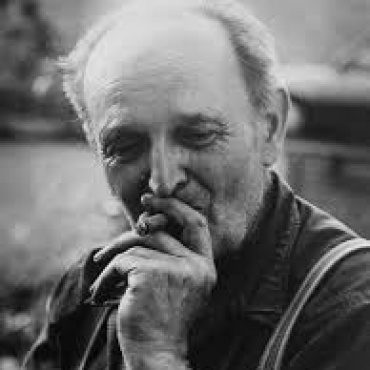 Born 25.6. 1924 in Veltrusy, okr. Melnik. He studied at the Academy of Fine Arts in Prague with prof. V. Rada, V. Silovsky, V. and J. Nechleba Želibského. He was an assistant professor Silovsky, 1964 entrusted the leadership of the graphic workshop, 1967 appointed assistant professor of graphic arts, 1987 Professor. Back titles in 1990 and deserving teacher deserving artist. His prints are often among the cycles that occur for several years. Draftsman uses several techniques, almost always in black and white. In the preferred hlubotiskovým graphics techniques. In the beginning it was a bar etching, aquatint later, in the last period of mezzotint. It is one of the authors who have their own printed sheets. The graphic is from 1948. Attracted the attention cycle Veltruský Park (1949 - 1951). Landscapes of the next cycle of the Vltava river (1952 - 1955). Structural concept of a cycle Slánská landscape (1961 - 1963). In half of the 60 years has produced two sets of skies (1964 - 1966), focusing on the atmospheric transformation of nature. At the same time created a landscape thaw cycle (1964 - 1965), whose leaves are printed on strong zaleptaných boards. Besides the monumental concept of the landscape are there and chamber ensembles (cobwebs from 1963 to 1966). Strong motive for the past years it became a butterfly wing. Does not avoid an illustration, literary works accompanied by loose, not illustrate the plot, content (Ch. Bronte - Jane Eyre, 1967, V. Holan - Documents, 1972). Famous are his monumental works. In his work he has educated many young designers who come to him after years of reports as the man who is perfectly acquainted with the basics of graphic crafts. Collections National Gallery in Prague, City Gallery, in private collections at home and abroad.
Source: Dictionary of Czech and Slovak Artists, Ostrava, 1999 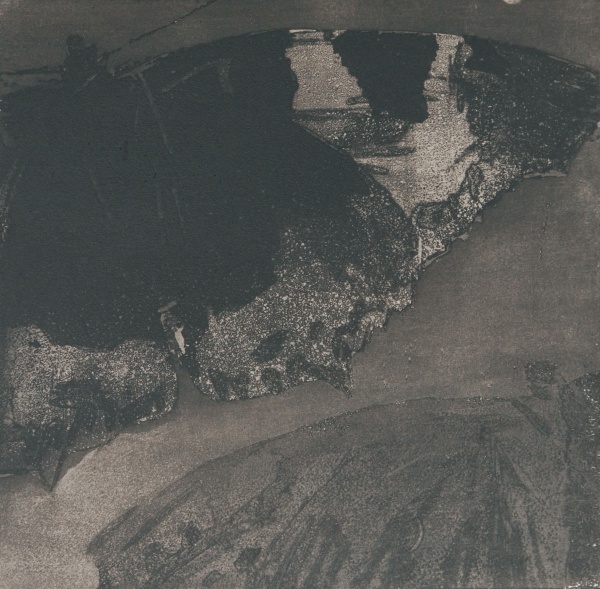 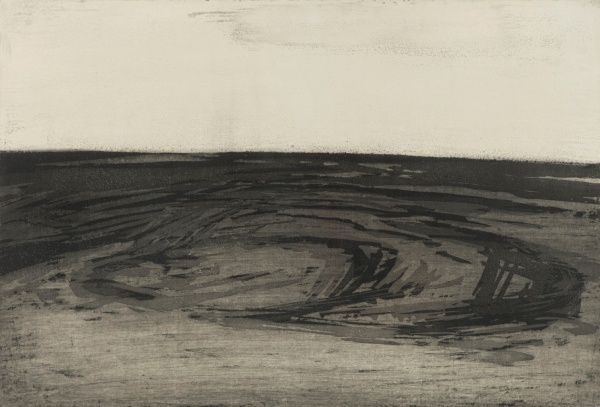 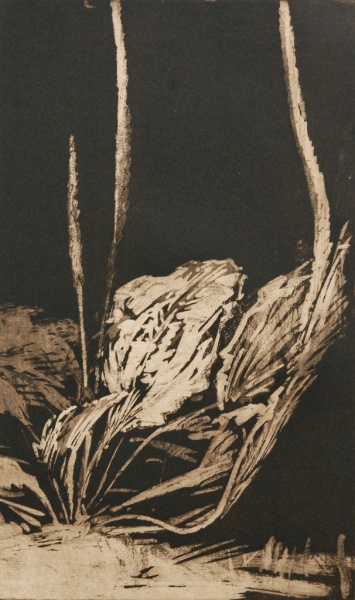 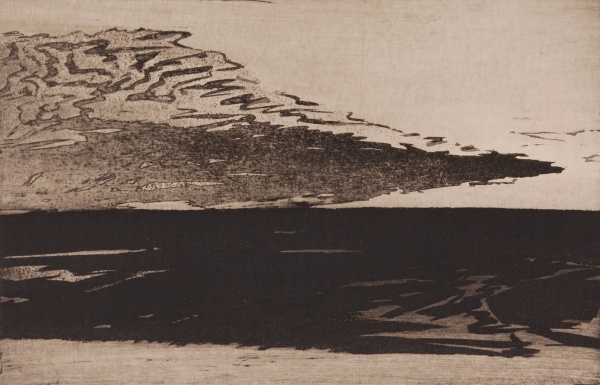