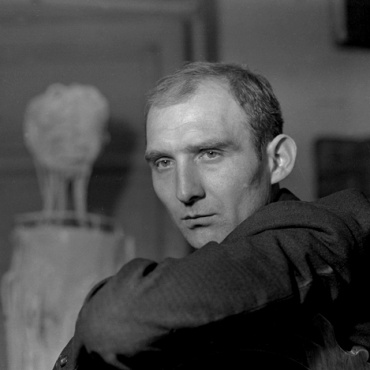 Karel Nepraš was born on 2nd April 1932 and died on 5th April 2002. Nepras was a distinctive Czech sculptor and designer. Karel Nepras studied in 1952-1957 Academy of Fine Arts in Prague. First he worked as a cartoonist and illustrator, but by the end of 60s of  the 20th century began to dominate his sculptural work. Using nontraditional materials - often plumbing pipes, but also as a sink or toilet. For his political positions at the time of the Prague Spring was not allowed until the Velvet Revolution in 1989 exhibit. But after he became an acknowledged artist, and in 1991 he joined the Academy of Fine Arts as a professor.
Karel Nepras was very diverse personalities, we recognized him as an outstanding sculptor, painter, illustrator, a professor of Fine Arts in Prague and as an entertaining companion and friend nevyměnitelného and completely without doubt is one of the pioneers of modern Czech art. Fog of socialism, Mr. Nepras truly bravura prokrájel and began creating humorous drawings and prints, which are then converted into sculptures. While Marcel Duchamp's Fountain was picked up around almost the entire world, composition Neprašových urinals at the International Exhibition of Ceramic Design is not as admired as his other sculptures.
For his work he chose Nepras completely novel materials. Have an artistic feel and imagine a piece of rusting pipes under part of the human body, it is lucky a few, really. One of the few that was just our sculptor. To create his sculptures using materials such as faucets, pipes, sinks, wires, taps and the like. If he lacked some component or it has not been satisfied, cast your own. The statues are made as follows, for example, a series called "Dialogue", which is formed either from mobile or fixed devices. This work was undoubtedly the top Czech material abstraction. In a striking red color of most of these sculptures can find the symbolism of socialism and amplifying the effect of aggression, although the author himself did not seem to intend.
For example, Lesser Town Square in Prague can boast just 27 sculptures that symbolize just 27 Czech nobles who were executed in the building, facing hundreds of passers-by and next to them a day pass by unnoticed. Last, perhaps the biggest and most famous monument was Neprašová contract Jaroslav Hasek. He speaks again Neprašovském spirit, he retained his equestrian statue of gravity, while it breathed entirely to modern and futuristic compositions. His works can be proud of and other global institutions such as the Paris Museum of Modern Art, the Washington Library of Congress or the National Gallery in Prague. 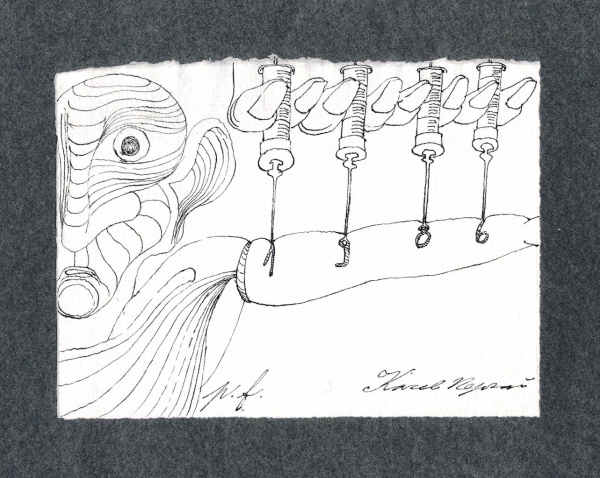 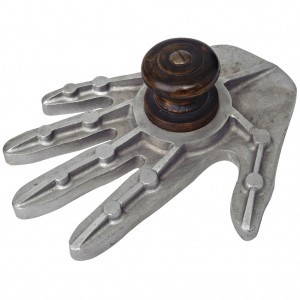 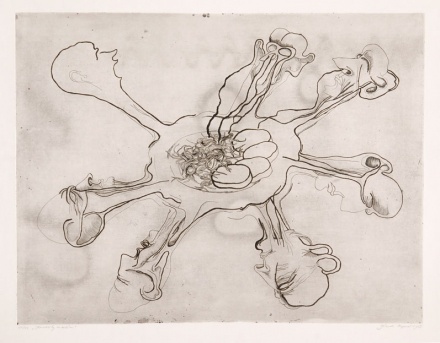 Karel Nepraš The Dumplings With The Sauerkrout etching, paper SOLD
↑