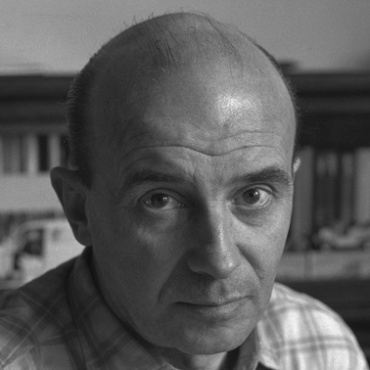 Kamil Lhoták, Czech painter, graphic designer and illustrator, was born 25th July 1912 in Prague-Holesovice. He studied law, but soon he began art. His artistic beginnings were associated with the Group of 42 (Jiri Kolar, Frantisek Gross, Francis Hudecek and others), which existed from 1942 to 1948. Combined group interested in the poetic themes of the metropolis and technical civilization. He was also a member of the Art Forum, and since 1945 the Association of Czech Hollar. The starting impulse was an exhibition in Prague 1932 Poetry and Enchantment of the environment, urban periphery (Grounds, Landscape of the 20th century., A call away). Drew inspiration from old picture magazines, brochures and advertising. At the turn of the thirties and forties he began to illustrate children's books. The fact that the austere undergone professional training, gives his drawings and paintings on the special feature of emotional immediacy, rich in content and design is the most current topic is becoming a sort of window to the past and vice versa. In a wide range of authors corresponds thematically and had the Lhotáková illustrate its place among other Arthur Ransome, Verne, Arkady Gaidar Valentin Katajev, Ludvik Soucek, Adolf Branald, Helen and Dorothy Sterling Šmahelová. In the popular science book by a harmonious combination with the illustrative drawings of photographs, the stories about children seeking and finding new links and sorting illustrations. Lhotak not produce new effects from a technical standpoint, is expressed prefer drawing and colored drawing, as a painter came close to ilustračnímu watercolor technique is its original line drawings. First independent exhibitions in 1939, since 1946 and abroad. In 1947 he won 1st prize at the Venice Biennale cartoons (Atom at the Crossroads). The 40's he has discovered in a cartoon with a sequence of images available via the principles of narrative figuration, developed in the 60th years (The life of a balloon). Connection with the elements found in the new configuration targets motifs in the paintings and lithographs. Concurrent work formed part Lhotáková cooperation with cartoon film. His work appears several symbols that can be traced to many drawings and paintings (the desert machine, dragon, eagle, or a target number "9"). Outside Lhotáková enchantment of civilizations is a major theme of his work with handicapped people. Itself was affected by polio in childhood and in his works show the fate of similarly affected. Kamil Lhotak died 22nd October 1990 in Prague. 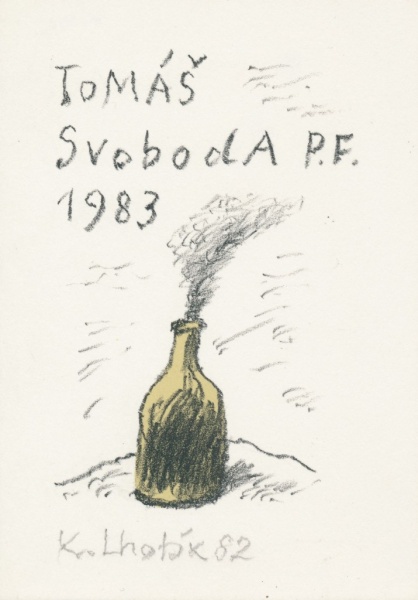 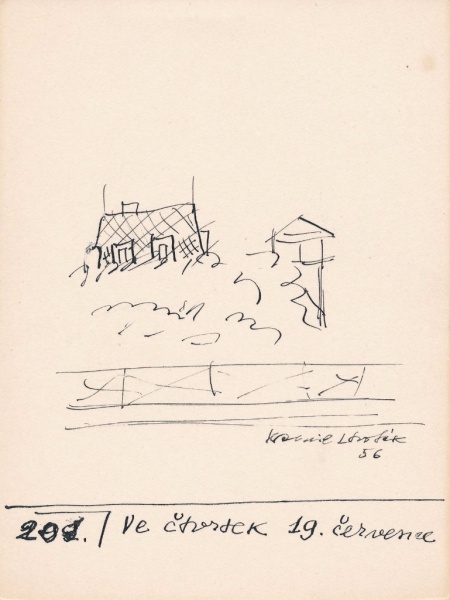 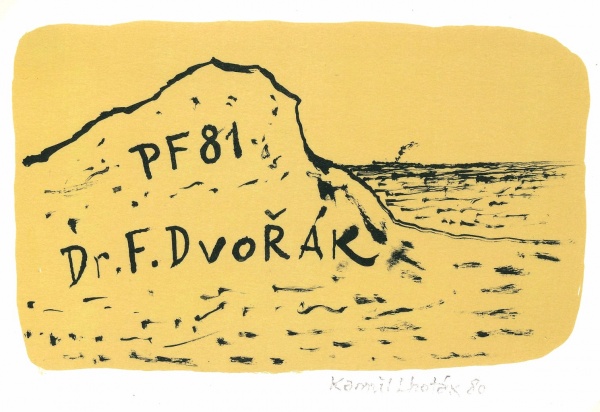 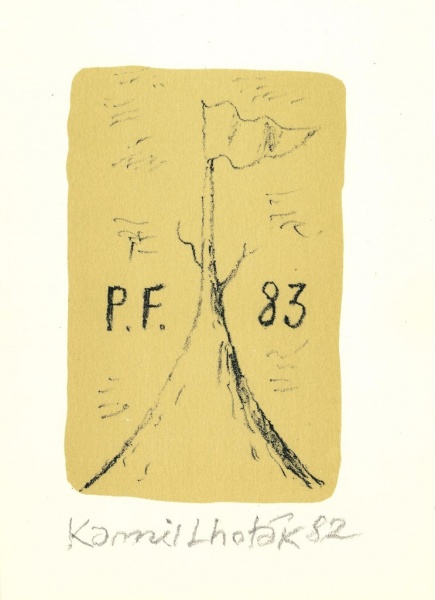