Josef Istler discovered his art world more or less as an autodidact. Though he had studied painting in Yugoslavia from 1938 to 39 (with the little known German painter Walter Höfner, who had fled to these parts from Nazism), he was far more influenced by wartime artistic activities. Contact with Karel Teige and Toyen led him to surrealism. However, most important in terms of the formation of Istler’s style was his encounter with the circle of artists and writers around Václav Zykmund. In 1937, Zykmund had founded the Ra publishing house in Rakovník, where he published many surrealism oriented works. During the war the approaches of individual art groups (Group 42, the group of surrealists around Teige, Seven in October, etc.) gradually crystallised and a circle formed that would become the Ra Group (as well as Istler, who became active in 1942, members included Miloš Koreček, Ludvík Kundera, Bohdan Lacina, Zdeněk Lorenz, Vilém Reichmann, Václav Tikal and Václav Zykmund). However, the group could pursue its activities officially only after the war, with the first Ra Group exhibition in Brno in 1947).

Istler’s work during the first half of the 1940s is primarily surrealist in spirit. Certain oil paintings are more orthodox than others (e.g. Figure / Postava, created in 1944), while others are better described as fantastical or imaginative art (following Fr. Šmejkal), such as the painting May / Květen (1945), which shows hints of Max Ernst and Czech ‘artificialism’. Istler was also impressed by Klee, especially the interesting play of constructively stylised figures (e.g. Composition / Kompozice, 1944). His initial wartime position remained decisive throughout the artist’s life. And though his work took off in other directions, the surrealist, imaginative level never disappeared. If it sometimes waned, it was only in order to wax anew.

The second important influence was abstraction, and Paul Klee played an important role in this respect too. On the one hand, Klee’s work formed a connection with surrealism (though Klee was not a surrealist à la Breton, he admired the latter’s work, especially those paintings in which Klee captured something of the spontaneity of a child’s drawing or the automatism method, and the monstrous machines of certain works that approached a surrealist bizarre absurdity). On the other hand, Klee was interested in geometric abstraction of figurative scenes and in certain paintings approached abstraction. He often combined painting with expressive linear gestures, numbers or different symbols, thereby creating something that began to be attractive for many artists after the Second World War. Istler was interested in the entire spectrum of Klee’s work.

After 1945, Istler found his way into the centre of events on both a domestic and international stage. In 1947, he participated at the International Conference of Revolutionary Surrealism in Brussels. This movement led to the establishment of the COBRA Group, with which Istler exhibited (even after 1948, since several of his works remained abroad). His membership of the COBRA movement remains of interest to exhibitions dealing with this topic abroad. Istler shared many of the group’s ideas. He too experimented, moved freely between the figurative and the abstract, used spontaneous painterly gestures and firmly defined symbolism. Even so, Istler, as opposed to several others in the group, remained more internally oriented (Untitled / Bez názvu, 1949, Vegetation / Vegetace, 1948).

After the events of 1948 all contact that had been established with the outside world was discontinued. The Ra Group could not continue its activities. Istler grew closer to the circle around Karel Teige. When Teige died the initiative was taken up by Vratislav Effenberger (who had previously collaborated with the Ra Group). Istler’s work again moved in the direction of surrealism. Works of this time include the monumental picture Ecstasy / Extáze (1951), in which erotic desire is personified in the figure of a phantasmagorical flying woman. In works of this type Istler revealed himself to be a master of an extravagantly mannerist style, and he continued to play with this style in later works. He subsequently returned to abstract forms: rounded shapes are sometimes tapered, the space around figures is less theatrical and the drama less charged, though it does not lose its sense of absurdity (e.g. Banquet / Hostina, 1956).

As the 1950s drew to a close, a wave of different forms of abstraction swept across Europe. It reached Czechoslovakia after 1958, the year the country enjoyed great success at Expo 58, the origin of the Brussels style. Istler responded to these stimuli, for instance in the cycle of pictures and monotypes entitled Heads / Hlavy (1958-59), in which an imaginatively based approach is replaced by an almost mechanical, technically executed composition of colourful surfaces and lines.

Istler’s work continued to change after 1960, a time when the artist was distancing himself from the circle around Effenberger. More intensive relationships drew him to Vladimír Boudník and friends, who met in Mikuláš Medek’s studio. Istler’s new creative direction was compatible with this artistic style. There is a certain affinity with the work of Medek himself, as well as with pictures by Robert Piesen and the work of several artists involved in the unofficial exhibitions known as Confrontations (1960). In his paintings of this time Istler explored an abstract expressionism that can be related to the wider context of Czech informel (a link made by, among others, Mahulena Nešlehová). This period of informel art lasts roughly to the end of the 1960s (the paintings of this period have no concrete titles: each is simply called Picture / Obraz).

After 1968 Istler made no innovations to his style. This was perhaps influenced by the normalisation period, as well as the fact that the artist had been expending enormous creative energy since the 1940s. It was clear that he had explored all possible variations that were possible within his spiritual world. The significant works in Istler’s oeuvre belong to the 1940s, 50s and 60s. During these decades Josef Istler was unquestionably an important figure whose contribution to the post-war Czech art scene is undeniable. 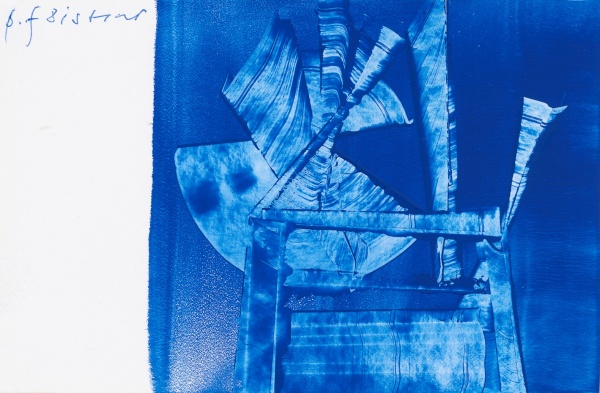 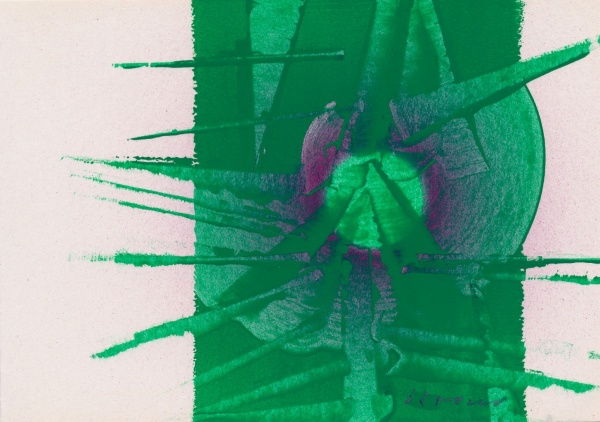 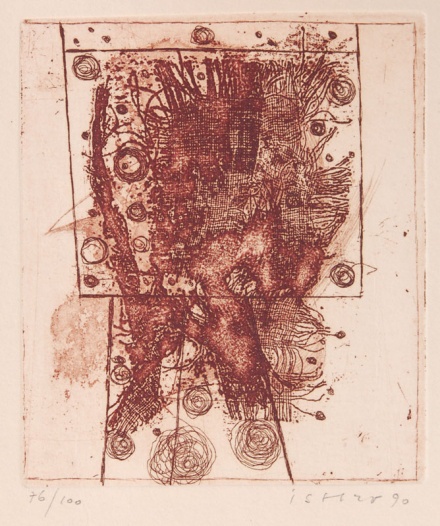