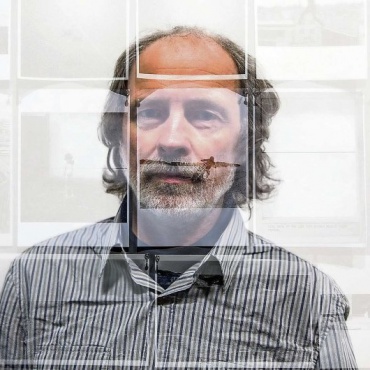 Jiri Kovanda was born in 1953 in Prague. Jiří Kovanda is one of the best-known contemporary conceptual artists. Without knowing the international context, he began to launch his events in the public premises as early as the 1970s, with just a few invited viewers who made sure the events were documented. Kovanda’s work is based on his personal relationship to art. He works spontaneously with materials found in response to specific situations. At the turn of the 1980s and 1990s, he flirted with new post-modern theses in his paintings, drawings and collages but he always did so with an ironic detachment, humbleness and curiosity. Some of his pieces made by combining poor materials inspired the term “à la Kovanda” which became entrenched in our art history. His humane and creative approaches have influenced the younger generations of artists who hold him in high esteem. The international scene, too, recognizes Kovanda and he is invited to attend numerous prestigious exhibitions and displays. His artwork is represented in many major collections. 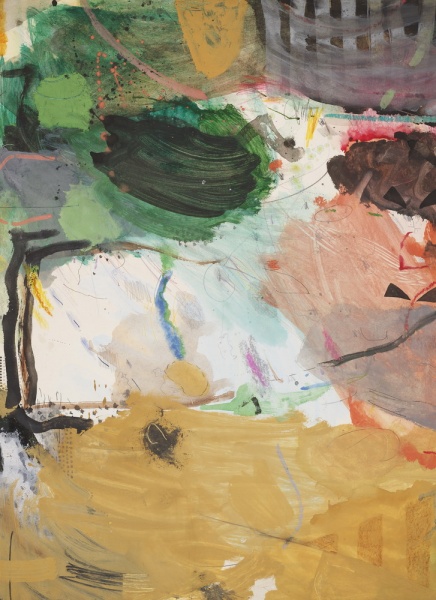 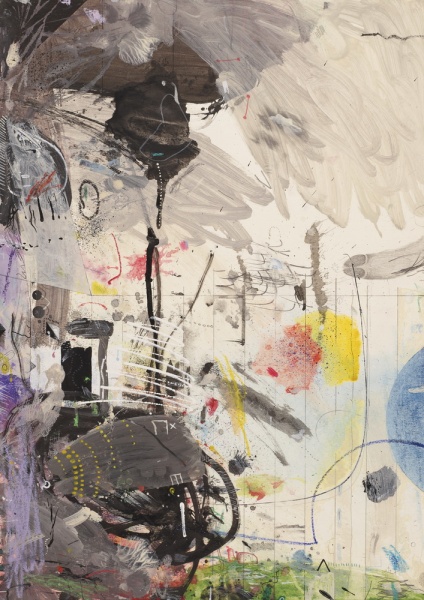 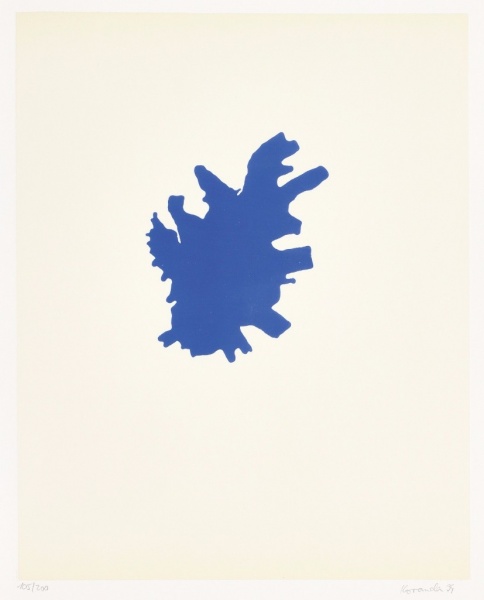 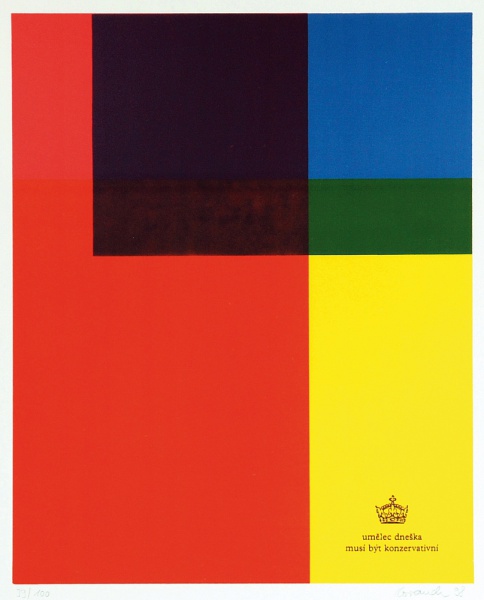 Jiří Kovanda Contemporary artist have to be conservative lithograph SOLD
↑