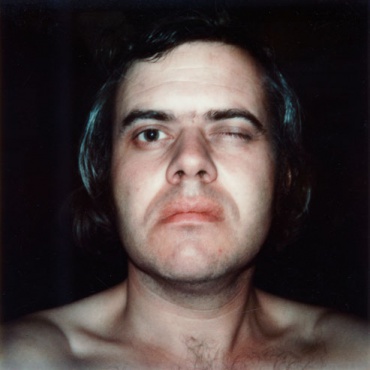 was born in the small city of Chur, Switzerland in February, 1940. Giger grew up in a rather normal, middle class family environment. His father was the local pharmacist. When he was quite young his father received a human skull as a professional promotion from a pharmaceutical firm, and the young Hansruedi was taken spellbound.
He fast developed a fascination with all things dark and strange, and later found inspiration from postcards and magazine photos featuring the works of Salvador Dali and Jean Cocteau. Giger's mother Melli was a great encouragement to him, though she did not always understand the strange fascinations of her young son. As a pre-teen, Giger would invite neighborhood friends over to watch his presentation of 'Ghost Train' rides, and other portrayals of the dark fantastic.
After high school (gymnasium) Giger went on to study architecture and industrial design at Zurich's School of Applied Arts. He soon expanded his network of friends to include those in involved in various aspects of the arts, and began drawing creatively.
In 1966 Giger began work as an interior designer, and at the same time, completed some early paintings. In 1968 Giger began working exclusively as an artist, as well as filmmaker. Giger has his first posters published in 1969 and also has some of his first exhibitions outside of Zurich.
Giger begins using the airbrush in the next decade, and his works take on a unique otherworldly quality. He grows to be considered the leading airbrush artist in the world and proved that fine art could be produced via the device. Working in large formats, Giger's paintings are meticulously rendered and possess a blend of erotic mystery and alien elegance.
In 1978 Giger began work on the film ALIEN, and ended up sculpting much of the creatures and sets. In 1980 the artist is awarded an Oscar for his stunning work on the classic film.
Giger began work on The H.R. Giger Museum in the middle 1990s and this continues today, as the medieval castle in Gruyere, Switzerland is being continually expanded. The museum houses Giger's personal collection of art from around the world, as well as a substantial collection of his own paintings and sculptural work. 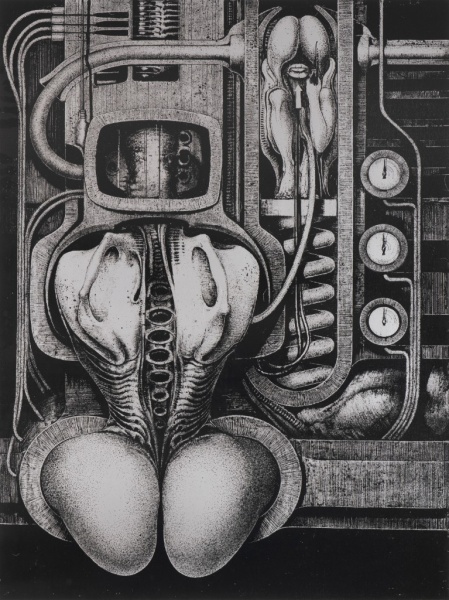 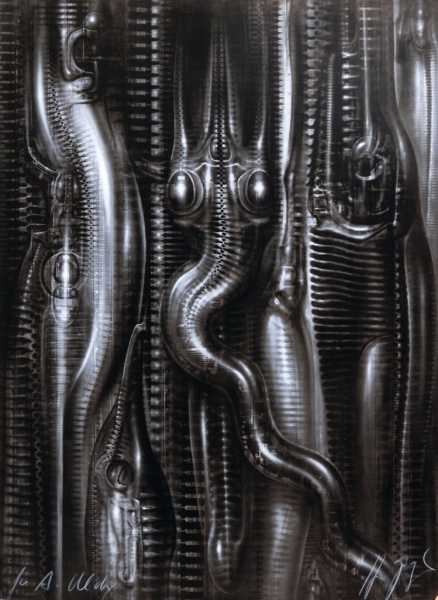 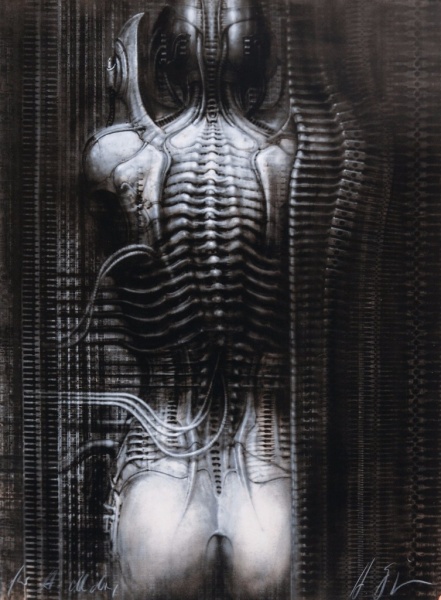 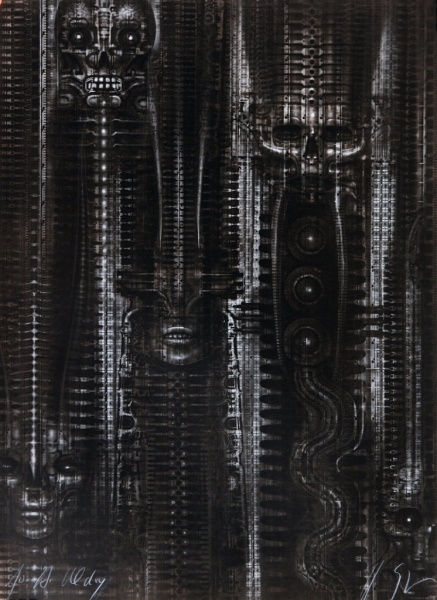 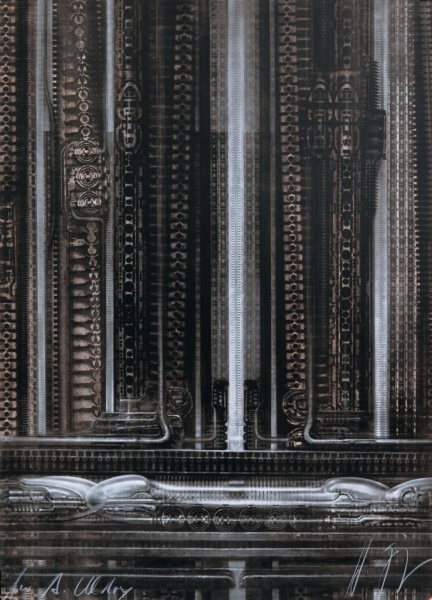