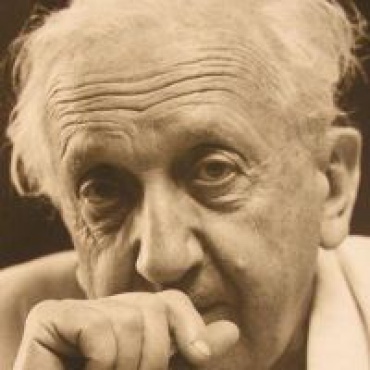 The versatile artist Dalibor Chatrný, who made his name on the Brno art scene, is one of the most important and productive representatives of post-war abstract art in this country. As well as graphics, on which his work is based and which he returned to again and again throughout his life, Chatrný uses a wide range of other expressive means. He explores in detail the thresholds of the medium he is working with at any given time, and investigates all of its aspects. As well as classical creative resources he was intuitively drawn to manifestations of action and conceptual art at that time and examined the relationship of creative art to the immanent forces of nature and landscape. For a long time he was concerned with the link between the semantic contents of words and their possible visual form. As well as artistic interpretations of photography he is the creator of several audiovisual works.

In the series of abstract woodcuts from the beginning of the 1960s (Cleavage, 1961; Signals, 1962), which resulted not only in graphic images but also printed forms as an autonomous artwork, he rhythmatised visual space using simple geometrical shapes. In parallel with cycles of tempera and acronex paintings, in 1963 he arrived at a radical restriction of the authorial subject in a cycle of paintings by magnet, in which traces of Indian ink were left by drawing coloured iron filings across the surface of the paper. Three years later he eliminated the role of creator completely, when he exhibited a signed sheet of paper without any authorial intervention. Around the middle of the 1960s he became interested in the creative process for its own sake in cycles of partially painted relief graphics (Režrot, 1966), combining gaufrage and collage with found technical materials.

In the second half of the decade work with prints and the rhythm of grids led Chatrný to sets of perforated graphics, which blurred the boundary between a creative geometric artefact and damaging of the torn paper. At this time the register of creative media with which Chatrný worked expanded significantly. As well as three experimental films created in collaboration with the composer Alois Simandl Piňos (Static Music, Genesis, Grids, all 1970), which were intended for simultaneous projection in the form of an audiovisual triptych, an eight-hour exhibition in the Procházka Hall of the Brno House of Arts in November 1970 played a key role in his output. The exhibition was created by visitors to the gallery, who connected prepared metal and plexiglass cylinders using a network of twine. This unique live event transcended the gallery space when the public began linking objects in the interior with a bust in the park outside.

As well as the exhibition in Jihlava, which took place a year after that in Brno, Chatrný created paintings in space using white string in several visual objects (two boards linked by string forming the picture Untitled, 1970) and graphic cycles (String Projects, 1970). From the end of the sixties onwards Chatrný worked on applying magnetic force in subtle and changeable objects (Untitled (Two Situations), 1970; Magnetic Cabinets, 1972). Soon he began creating photographs in which he experimented with magnets and iron filings (Magnets in Teeth, 1973), as documentation of his radical research into the organic behaviour of technical material and its possible symbiosis with various parts of the human body.

Chatrný also took an interest in land art, not only in works actually created in landscapes (e.g. Mirrors in the Landscape, 1974), but also in a host of utopian projects in negative and aerial sculptures, in which he appropriated entire cut-outs of real space (Projects of Aerial Sculptures into the Atmosphere, 1973). At the time the period of normalisation began, he was developing an interest in artistic books and the utilisation of text in visual art. His interest in literature was reflected in oft-cited prose and poetic works. For instance, during the 1960s Chatrný used texts by Paul Celan in Indian ink drawings, and in 1982 he paid homage to Robert Musil when he transcribed The Man without Properties onto the pages of an Atlas of Cultivated Plant Diseases and Pests. As well as using extracts from literature, he amassed a huge quantity of work on paper which examined the meaning of words and the associations they provoke (Instructions to Painters and Decorators, 1972; On Colours, 1972).

Very often Chatrný simply made minimal interventions in the photography of other artists from the 1960s. For instance, he changed the relations between photographed objects and persons by linking them with lines and string (Photographs Interpreted by String, 1978), or in series of photographic collages (Reduced Portraits, 1978). Chatrný remains faithful to the main principles of his aesthetic in later years, and enriches them, for instance using painting with two hands (the twenty-metre work entitled A deux mains – Unrepeatable, 1987). In the 1990s he developed the principles of automatism in the extensive cycle Paintings with Obstacles. Chatrný used his own work of the previous decades as a source of ongoing creative procedures and as an integrated and organic whole in collages composed of fragments of his older works (Collected Work, 2000). 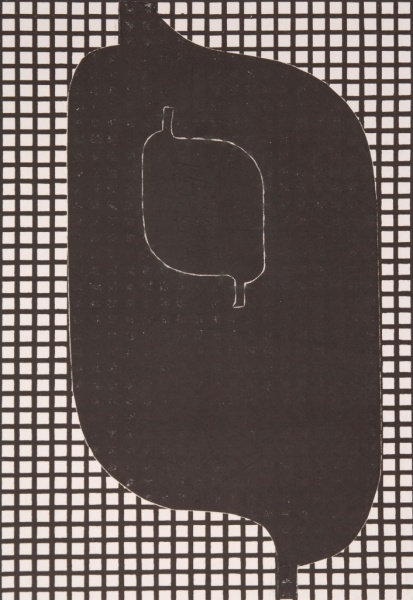 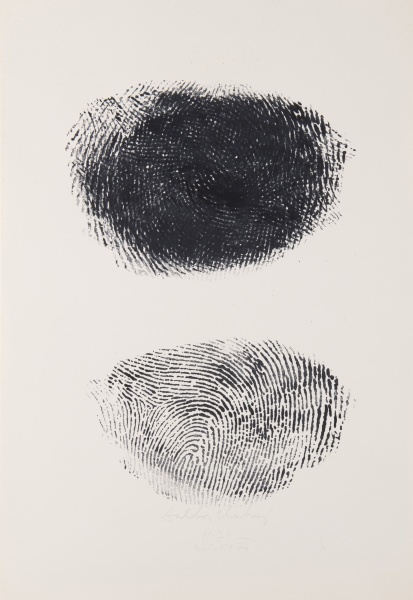 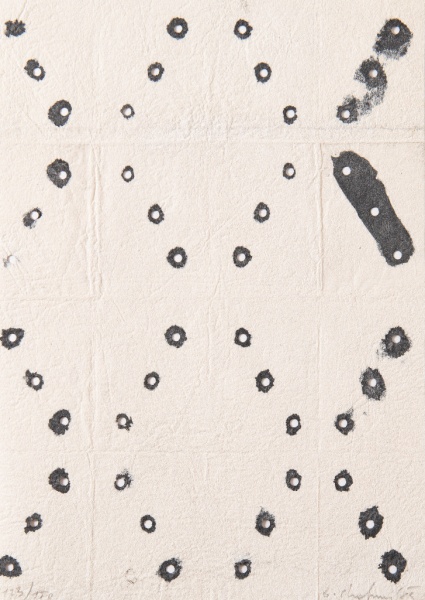 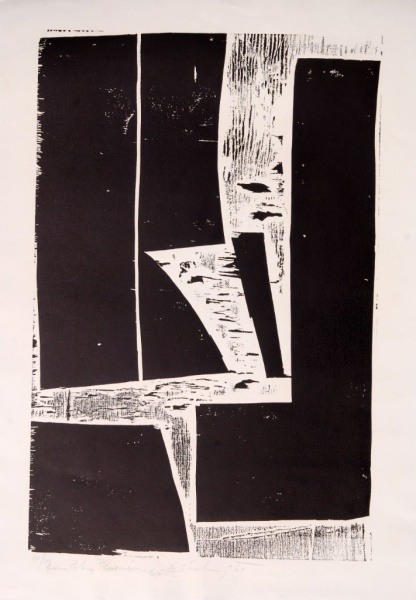 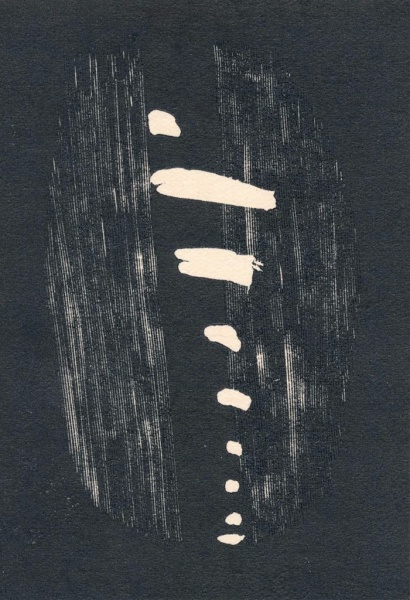 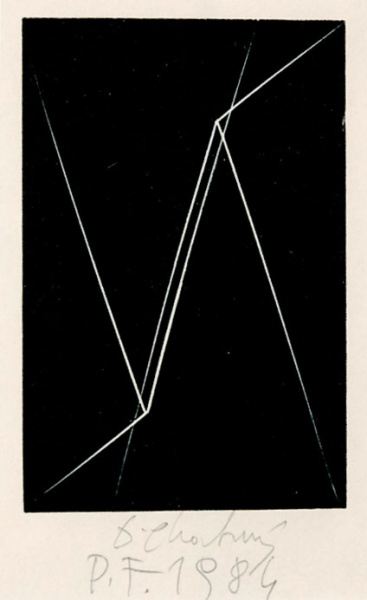